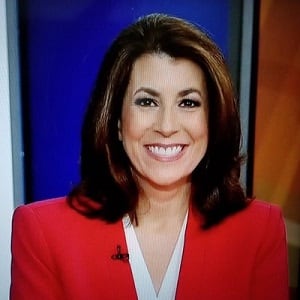 What is the relationship of Tammy Bruce?

Tammy Bruce is openly lesbian. Additionally, she stated that she was technically bisexual and that for her, identifying as a lesbian was a choice.

At present, Bruce is believed to be single.

Who is Tammy Bruce?

Additionally, she also writes material for the Fox Forum blog.

Bruce was born in Los Angeles, California as Tammy K. Bruce on August 20, 1962. Detailed information about her early life and childhood is not available at present. She is of American nationality.

Furthermore, she belongs to a mixed ethnic background of Italian and Scottish.

Talking about her education, Bruce attended the University of Southern California. She graduated with a Bachelor’s degree in Political Science.

Additionally, she was a Ph.D. candidate at Claremont Graduate University.

Tammy Bruce initially served as the president of the Los Angeles chapter of the National Organization for Women She held the position for seven years from 1990 to 1996. In addition, she was also the host of a national radio program on Talk Radio Network.

Tammy was appointed to serve on Governor Arnold Schwarzenegger’s Transition Team in 2003 after his successful recall election against Gray Davis.

Apart from her career in journalism, Bruce has also authored three books to date: ‘The New Thought Police: Inside the Left’s Assault on Free Speech and Free Minds, ‘The Death of Right and Wrong: Exposing the Left’s Assault on Our Culture and Values, and ‘The New American Revolution: Using the Power of the Individual to Save Our Nation from Extremists.’

Additionally, she also appeared as Handicapper General in the short movie 2081.’ Furthermore, she has also appeared in ‘The Undefeated’ and ‘Strange Inheritance.’

Bruce has not been linked with any award nominations in her career.

In addition, she has not revealed her current salary. As of 2022, her estimated net worth is $5 million.

Bruce became part of a controversy after she criticized an autistic child for asking Vice President Pence for an apology.

She said the comments when appearing as a guest on the Fox News show ‘Tucker Carlson Tonight.’ Furthermore, at present, there are no rumors concerning Bruce and her career.

Talking about her body measurement, Tammy Bruce has a height of 5 feet 7 inches and weighs 62 kg.

Additionally, her hair color and eye color are dark browns.

Additionally, she has over 475.4k followers on Instagram. Similarly, her Facebook page has more than 121k followers.