Actress Tammy Lynn Michales's sexuality is lesbian and a mother of two.

Tammy Lynn Michales currently seems to be single. She was previously married to Grammy and Academy award-winning singer, Melissa Etheridge.

The couple started dating in 2001 and made their relationship public in the concert video, Live…and Powerful. Around two years later, they announced that they were engaged in April 2003.

The same year, on September 20, 2003, they exchanged vows in a commitment ceremony in Malibu which was also featured on the ABC special InStyle Celebrity Weddings.

On Oct. 16, 2006, Michaels gave birth to twins, a daughter named Johnnie Rose and a son named Miller Steven who were conceived via an anonymous sperm donor.

After a California court overturned the state’s ban on gay marriage in October 2008, Etheridge announced that they were planning to exchange vows legally. However, a month later, the court’s decision was blocked by the passing of Proposition 8.

In April 2010, the couple broke up after a nine-year relationship. The lengthy divorce ended with joint custody of their children. 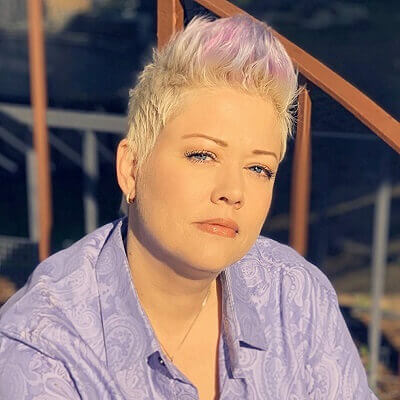 Who is Tammy Lynn Michaels?

Tammy Lynn Michaels is an American actress famous for her portrayal of the mean-spirited cheerleader, Nicole Julian on the WB TV series, ‘Popular’. However, she is even better known as the ex-wife of Melissa Etheridge.

Tammy Lynn Michaels was born as Tammy Lynn Doring on November 26, 1974, in Lafayette, Indiana, the US under the birth sign, Sagittarius. As of 2021, her age is 46. There is no information about her parents. She is one of their four children and has two sisters and one brother.

Lynn spent her childhood days in Lafayette, Indiana. During her childhood days, she was interested in athletics and theatre. She played several sports and was also performing in musicals. Her ethnicity is Caucasian.

Talking about her educational background, Michaels went to Jefferson High School. After graduating from there, she went to the American Musical and Dramatic Academy in New York where she trained in improv, dialects, ballroom dance, Stage Combat, etc.

Tammy Lynn Michaels started her career by making appearances in several national commercials for Sprint, Dupont, Secret, Ponds, and GTE in 1998. A year later, she landed her breakthrough role of “Nicole Julian” in the WB’s show, ‘Popular’. This immediately garnered the attention of many as her performance became loved by the fans of the show.

In 2002, she guest-starred on the Fox TV show, ‘That ’80s Show’ as Patty and appeared in a total of three episodes, ‘Double Date’, ‘Beach Party’, and ‘Sophia’s Depressed’.  A year later, she appeared in the 2003 short film, ‘D. E. B. S.’ as Max. The short film received several awards and was expanded to a feature-length film in 2004 but most of the cast was replaced for the long version. In 2004, she landed the role of Lacey Haraway in three episodes of the Showtime drama, ‘The L Word’. She appeared in the Pilot episode and two more episodes, ‘Let’s Do it Again’, and ‘Longing’.

In 2005, she landed the main role of Tess in the sitcom, ‘Committed’. In 2013, she became a part of a documentary about sexual assault survivors titled ‘Untold’. The documentary received critical acclaim and was one of the main factors at the beginning of the “Me Too” movement.

In 2019, she appeared in an episode of ‘Heartstrings’ as Bitsy.

Michaels stands at a height of 5 feet 4 inches. She has not revealed her weight and other body measurements including her breasts, waist, and hips. Her hair color is blonde and her eyes are blue in color.

At the time of their divorce, Melissa Etheridge and Tammy settled on $13,000 a month in spousal support and another $10,000 in child support. Moreover, she also received 50% royalties from the album, The Awakening in addition to a 50% cut of several of Melissa’s songs.

However, in 2020, the ex-couple made a new deal according to which Melissa will only be paying her $10,000 a month in child support. Based on the amended agreement, Tammy will no longer receive $2,000 a month from Melissa’s royalties.

Michaels has not been involved in any controversies. She has been able to keep herself away from any type of controversy and scandal. So far, she has not done anything controversial in her career. However, her divorce from Etheridge was a rocky one.

You may also like to read more about the Bio, Career, Net Worth, Social Media, and more about Melissa Etheridge, Meredith Giangrande, Keala Settle, and more.