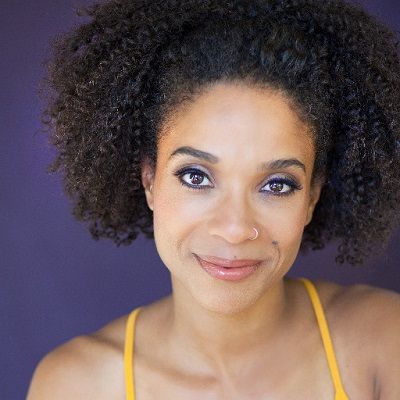 Tamyra Gray is married to Sam Watters on 2nd September 2006 in Capri, Italy. They secretly wedded with only 45 personal guests were invited.

Sam is an American music producer and songwriter. Even though they tried to keep their marriage a secret all photographers sold all their wedding photos.

Together, they have a daughter Sienna Marie. On 23rd March she revealed on American Entertainment weekly that she is going to have a baby.

Who is Tamyra Gray?

Tamyra Gray is an American actress, singer, and songwriter. She is known for being in fourth place in the first season of the musical reality show American Idol.

Tamyra Gray was born on 26th July 1979 in Takoma Park, Maryland. She started singing from an early age. In 1998, she was named Miss Atlanta and she competed in many beauty pageants.

In the year 1997, she graduated from Stone Mountain High School in Stone Mountain, Georgia. Tamyra attended Georgia State University in Atlanta, Georgia and majored in business law and entertainment management.

In the year 2002, Tamyra became one of the ten finalists in the first season of American Idol. She became fourth and she performed on the Burt Bacharach classic A House IS Not a Home. Her performance was described as one of the best performances by Judge Simon.

She signed to Simon Fuller to his newly formed independent record label 19 Records. Gray’s first solo album was The Dreamer which released on 6th May 2004.

Her singles are Raindrops Will Fall and You Thought Wrong.

In 2005, Tamyra played the role of Rain Walker in The Gospel and Singing Friend in Rachel Getting Married.

In the year 2003, she played the role of Aisha Clemens in Boston Public. After that, she appeared in Half & Half, Tru Calling, What I Like About You, All of Us and Las Vegas.

In the year 2004, Tamyra appeared in theatre work Bombay Dreams, Rent and Once on This Island.

Likewise, as an American singer, she has an average salary of $21,525-$207,856 US. She was part of the movie Rachel Getting Married which made box office collection of $17.5 million US.

Tamyra has curly dark hair and brown eyes. She is 5 feet 6 inches tall.