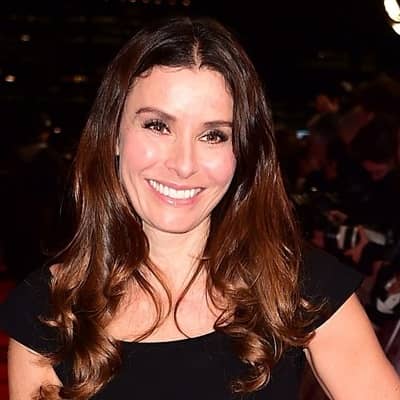 Tana Ramsay is in a marital relationship. Her husband is non-other than poplar chef Gordon Ramsay. They exchanged vows on 21 Dec 1996.

Unfortunately, in 2016, Tana suffered a miscarriage while being pregnant for only 5 months. Moreover, in April 2019, she and her husband welcomed their fifth child. They named their son Oscar James Ramsay.

Who is Tana Ramsay?

Tana Ramsay is a British presenter and author. She has written several books about cooking. She is also the wife of a British chef and restaurateur Gordon Ramsay.

This star’s birth date is 23 Aug 1974 in Croydon, Surrey, England, UK. She was born as Cayetana Elizabeth Hutcheson and has English ancestry.

Her academics are not disclosed. But she is a trained Montessori school teacher.

Tana Ramsay first made her career in the education sector as a teacher. But later she focused on writing and became a cooking author. She has authored several books on cooking. Some of her writings are Family Kitchen, Home Made: Good, Honest Food Made Easy, and more.

Tana as a contestant appeared in a dancing reality show Dancing on Ice in 2010. She was partnered with professional skater Stuart Widdall. But this couple was eliminated after the fourth week only.

As a TV presenter, she hosted Market Kitchen which was aired on the UKTV network. Then in 2014, she along with her husband was seen anchoring MasterChef. She is at present hosting her daughter’s show Matilda and the Ramsay Bunch since 2015.

This author has an estimated net worth of $3 million. However, her salary and other earnings are not revealed. However, she has her own beauty salon, All About the Girl in London.

Her husband has a net worth of around $220 million with a salary of $60 million per year. In addition, he has a house with five bedrooms, six bathrooms, a swimming pool, and a luxury kitchen bought at $6.75 million.

Talking about Tana Ramsay’s body features, she has brown colored eyes and brown hair. Her height is 5 ft 6 inches and her body mass is of average size.

Gordon Ramsay Is Concerned Is About His Kids! But Ex-Affair Seems To Crumble Down Their Happy Family?