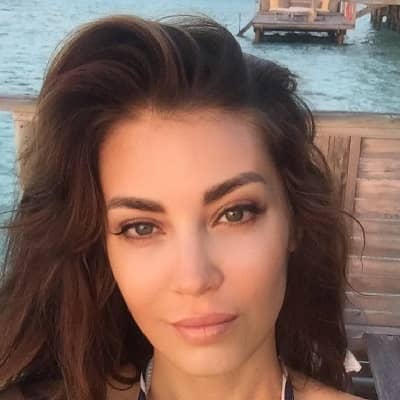 What is the relationship of Tanit Phoenix Copley?

Tanit Phoenix Copley is a married woman. She gets married to Sharlto Copley who is also an actor.

The couple has been in a relationship since January 2012 and exchanges their vows on February 15, 2016.  They wed in Cape Town, South Africa.

However, she hasn’t revealed her daughter’s information and hasn’t yet shown her face too.

Who is Tanit Phoenix Copley?

She rose to fame after appearing in a Sports Illustrated Swimsuit Issue in 2003 and for FHM and GQ magazine in the same year.

The actress was born on September 24, 1980. The birthplace of Tanit is in Durban, KwaZulu-Natal, South Africa. Currently, she resides in Cape Town, Los Angeles.

She holds a South African nationality and is of mixed descent of Dutch and Irish. Her birth name is Tanit Jacqueline Phoenix.

She is the daughter of Gavin Phoenix whereas her mother’s and sibling’s information is not available at the moment. Besides, her parent’s has a farm of organic medicinal herbs, vegetable, and fruits.

Tanit hasn’t yet disclosed the information of her academic journey but she has joined ballet at the age of 5 and danced for 15 years.

At the age of 14, she landed her career in the glamour field and appeared in international TV commercials such as Adidas, Coca-Cola, Aqua-mineral, Volvic, Aeia, and so on.

Tanita started her acting career in 2005 where she starring in the film Lord of War portraying the role of Jared Leto’s girlfriend.

In the same years, she appeared in the South African-Canadian mystery series Charlie Jade as Malachi’s associate in the episode “Thing Unseen”.

Since then she starred in numerous movie and cast in different characters some of them are,

Besides, Tanit is also a makeup artist, she worked in the film ‘Hardcore Henry’ as the key makeup artist and designer of the character Jimmy.

Jimmy was played by her husband Sharlto Copley. She transformed him into 11 different characters.

As of 2022, Tanit has a net worth of $3 million to $5 million through her profession as an actress and as a model.

Likely, she adds some of the money through her secondary profession as a makeup artist. However, her exact salary and yearly income are still under review.

Talking about his husband’s net worth, he has a net worth of 15 million dollars.

The actress stands at the height of 5 feet 8 inches or 1.73m. She weighs around 62 kg. Likewise, she has lovely hazel eyes and light brown hair.

The actress has a verified Instagram account active with the handle @tanitphoenixofficial where she has over 60.7k followers.