Who is Tank Wife?

In 2018 July, Tank tied the knot with his longtime girlfriend Zena Foster. Talking about their love life, they started dating each other in 2000 and they shared two lovely children Zion and Zoey.

In their marriage ceremony, they invited several famous celebrities, Kelly Rowland, Jamie Foxx, Larenz Tate, Letoya Luckett, and many others.

At the ceremony, Zena wore a lace J’Aton Couture gown from Lovella Bridal.

From his previous relationship, he is a father of three more children Jordan, Ryen, and Durrell Jr. 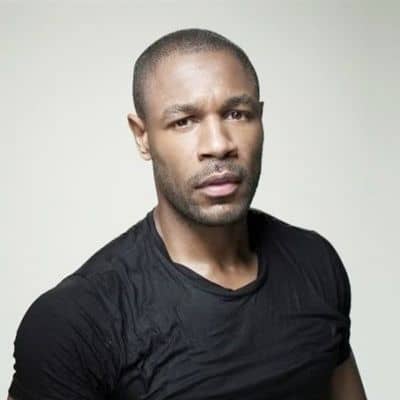 Tank was born on January 1, 1976, in  Milwaukee, Wisconsin, USA. As of 2022, he is 46 years old. He holds an American national identity and ethnicity of Afro-Americans.

According to the astrologist’s birth chart, his zodiac sign is Capricorn. His real birth name is Durrell Artaze Babbs.

He moved with his family to Maryland when he was a child.

Talking about his educational background, he studied at Milwaukee Lutheran High School, And later on, he joined Crossland High School, where he was offered the opportunity to play college football.

He was very interested in singing and acting since he was a child.

As growing up, he decided to stay focused on music and his talent finally led him to an opportunity to sing background vocals for Ginuwine on latter tours.

Eventually, Tank also became a backing singer for Aaliyah, an American, actress, model, and singer. Aaliyah and Tank met through Ginuwine in 1997.

Later on, he signed a contract as an artist with Aaliyah’s record label Background Record.

In 2001, his debut album was released Forced to Nature Fathered the moderate hit Maybe I Deserve. It debuted at number seven on the US Billboard 200.

After the success of his first albums, he successfully released another album in 2002, One Man, and a single of the Same Name.

Later on, in 2007 July, he released his third solo album Sex, Love & Pain and it was recorded by Blackgound record and Universal Record. Although this album has debuted at number two on the Billboard 200.

In addition, it sold more than 103000 copies in its first week. The lead single of the album was the monitor hit “Please Don’t Go”. In the same years, he made a trio group of Tank, Ginuwine, and Tyrese Gibson, named TGT.

Thi trio group was put on a hold, because of contractual issues but later on, it signed a contract with Atlantic Records in September 2012.

In 2010December, he collaborated with Chris Brown, Drake, and Letoya Luckett and released his fourth album, Now or Never. The singles of these albums include Sex Music, I Can’t Make You Love Me, and Emergency.

In 2012 May, He collaborated with Chris Brown, Busta Rhymes, I.T, and Kris Stephen and released his fourth studio album This Is How I feel.  Moreover, the lead single of Compliments is Krish Stephens and I.T

Apart from this, he was proud of singing The U.S national anthem before the Floyd Mayweather v.s. Saul Alvarez fight.

In 2014, August he released his sixth album, Stronger The singles of this album is You’re My Star and The Litle Track. Unfortunately, these singles couldn’t make it stand in US Hot 100, but both peaked in the top 20 on the US Urban Ac Chart.

His debut mixtape was released in February 2015, If You Were Mine. After a year, he released a new single, “You Don’t Know”, featuring Wale. Later on, in 2016, he worked on his seventh studio album Sex Love &Pain II. In the R&R chart, it debuted at #1 on the Billboard chart.

Following the year, his second single was released #BDay, and later on, A Classic Christmas Night was released.

Apart from this, he performed at the Black Gay Pride event in Washington DC. Moreover, in September 2017, Savage released his eighth studio album, and the album’s lead single “When We”, it was peaked at number 86 on the Billboard Hot 100.

Moreover, ELEVATION was released ad his ninth studio album. Along with that, on March 27, 2020, While You Wait was released, a piano-laced EP

With the collaboration with Kate Bush, he released the single “Can’t Let it Show” on February 26, 2021.

His recent single “I Deserve” reached the Top 10 on the R&R Radio Chart, from his tenth and final album with R&B Money.

He started his acting career in the year, 2006 portraying the cast of Aaron in the film It Ain’t Easy. Later on, he appeared in Preacher’s Kid where he cast the role of Davlin Mitchell.

Likewise, hi some famous film works are November Rule(2015) as Paul, illicit(2017) as Perry. Recently, he was featured on Seven Deadly Sins: Lust as Trey and The Delrhonda Hood Story as Slim.

He has got an opportunity to play in many famous series, Out of this, The Protector was his first and most famous series where he played the role of Randy.

Likewise, his other famous television series work includes, Single Ladies as Joe Mason, Togetherness as Officer Damon, Born Again Virgin as Donovan, Saints, and Sinners as Himself, and Grown Folks as Quincy.

Likewise, his latest television series is Hit the floor as the main cast of Warren Matthews and The Bobby Brown Story as Jheryl Busby.

Being an American singer and actor, his net worth was estimated at approximately, $5 million. His main source of income is his profession as a singer.

His weekly earnings and annual salary are under review.

Once, he had been the part of the controversy in a 2019 interview, there was a huge discussion between the guests and host in Liars.

The conversation started about men who lie, in the convo tank toll in and said that the man is not a liar, but he did lie.

This convo took a negligibly unclearer as it involved the discussion about homosexuality. Some of his fans were not happy with the convo it went.

Tank is young and tall, his height stands at 5 feet 9 inches, and his weight is 79 kgs. Moreover, his body measurement is under review.

Besides that, he has got pretty black eyes with black hair.

He is highly active on social networking sites, Tank Instagram account has more than 1.9m Followers with 2097 Following under the user ID therealtank.