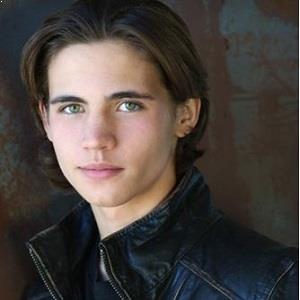 Tanner Buchanan is in a relationship.

He is dating Lizze Broadway. She is an American actress and writer. They are open about their affair and keep sharing their pictures via their social media handle, Instagram.

Who is Tanner Buchanan?

Tanner Buchanan is an American actor. He has appeared in several movies and television series including ‘Designated Survivor’, ‘ Jake Squared’, and ‘Alone in the Dust’.

Tanner was born in Burbank, California on December 8, 1998, to parents Steve (father) and Marlona Buchanan (mother).

Acting became a big part of his early life as he became interested in the world of show business since his childhood years. He is of American nationality and Scottish ancestry.

Talking about his education, Tanner attended Glandorf Elementary from kindergarten until October of his fourth-grade year.

Tanner Buchanan initially landed several national commercials after he moved to Los Angeles along with his family in the hope of a sparkling entertainment career. He eventually landed his first role on television in ‘Modern Family’ in 2010. Later, he appeared in several TV series such as ‘Major Crimes’, ‘Ghost Ghirls’, and ‘The Goldbergs’.

To date, Tanner has more than 20 credits as an actor. Some of the movies and television series that he has appeared in are ‘Anything’, ‘Game Shakers’, ‘After the Bell’, ‘Heute Show’, ‘The Fosters’, ‘Girl Meets World’, ‘The Heyday of the Insensitive Bastards’, ‘Growing Up Fisher’, ‘Jake Squared’, ‘Major Crimes’ and others.

He portrayed the role of Leo Kirkman in ‘Designated Survivor’ from 2016 till 2017.

Apart from his acting career, Tanner is also a dancer. He received dance training from ‘Center Stage Dance Academy’ in Ottawa. In addition, he can also play several instruments like the guitar and piano and loves singing and songwriting.

He has not revealed his current salary. His net worth is estimated to be $350,000.

Tanner has successfully kept his career away from the media spotlight. Hence, he has not been part of any notable controversies to date. Currently, there are no rumors concerning his life and career.

Talking about his body measurement, Tanner Buchanan has a height of 5 ft 7 inches and weighs 65 kg. His hair color is dark brown and eye color is hazel green.

Tanner is partially active on social media. He is active on Instagram and has more than 22k followers there. In addition, he has posted more than 20 times there.