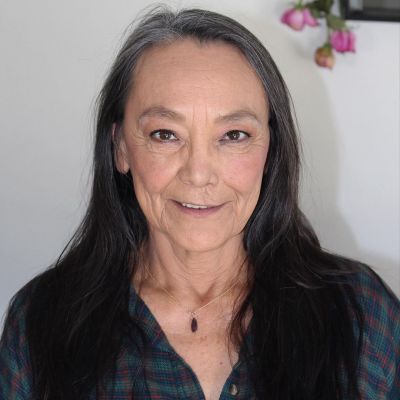 Tantoo Cardinal is a divorced woman. She has been married twice. Cardinal was previously married to Fred Martin from 1968 to 1978.

The duo met while boarding at his family’s home during her high school years in Edmonton. Together, they were blessed with a son named Cheyenne. However, their marriage didn’t work out and they parted ways.

She then encountered an actor Beaver Richards with him she had a second son named Clifford. Similarly, she was married to actor John Lawlor from 1988 to 2000.

The couple together has a daughter named Riel.

Who is Tantoo Cardinal?

Tantoo Cardinal is a Canadian film and television actress. She is popular for her iconic roles in Dances with Wolves, Legends of the Fall, and Smoke Signals.

Her upcoming crime drama film is Killers of the Flower Moon which shooting wrapped on October 1, 2021.

The name of her mother is Julia Cardinal whereas her father left when she was six weeks old. Sadly, her mother passed away and she was raised by her grandmother in Anzac, Alberts, near Fort McMurray.

She has two older siblings. Talking about her education, she attended Bonnie Doon High School in Edmonton on a bursary.

She holds Canadian nationality whereas his ethnicity is unknown.

Tantoo made an appearance in a historical biopic of Marie-Anne Lagimodiere, Marie-Ann as Tantou. She then appeared in the role of Indian Woman in the action film, Death Hunt.

Similarly, she made his television debut through Spirit Bay where she portrayed the role of Annie.  In 1987, she appeared in a television film, Gunsmoke: Return to Dodge as Little Doe.

Similarly, she frequently appeared on the ABC crime drama series, Stumptown where she was cast in the role of Sue Lynn Blackbird.

As of 2021, Tantoo has an estimated net worth of around $5 million. Her salary and other earning are still under review.

On August 23, 2011, Cardinal was arrested while protesting the proposed extension of the Keystone Pipeline along with Margot Kidder and others.

The actress stands at the height of 5 feet 7 inches tall. Likewise, his weight is about 55 kg. She has a dark brown pair of eyes and her hair color is grey. Similarly, her shoe size is 4 US.