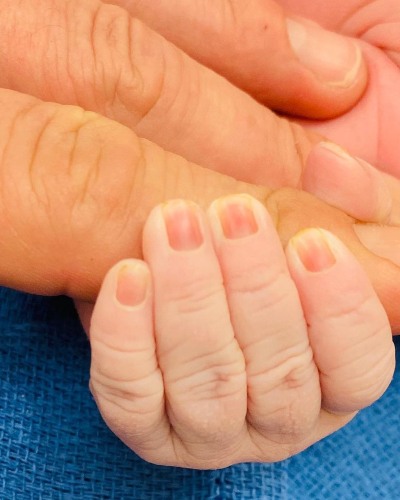 Tanya Flynn and her husband Sean Maguire are now parents of three children! Tanya gave birth to a daughter named Amelie Rose earlier in September. Sean shared the happy news of the birth of their third child on Instagram. On 8th September 2021, Maguire shared a close-up photo of the baby girl on Instagram and announced that his little daughter has arrived.

Recently, he shared a picture of him with his two sons posing next to the baby daughter. His son Flynn Patrick and Leo James wore ‘Big Brother’ t-shirt for the photoshoot. Sean wrote,

“Feeling very grateful to my incredible wife Tanya for bringing our beautiful daughter Amèlie Rose into the world. The boys & I couldn’t be more in love with her. Our family is complete.”

The couple announced their third pregnancy back in April 2021 with a sweet family portrait in which one of their sons was pictured touching Flynn’s belly.

How many times Tanya and Sean got married?

Tanya Flynn and Sean Maguire proved their love not just once but twice. The couple initially married on 19th October 2012. On 31st December 2014 after two years of marriage, the couple re-married in front of their friends and family. They wanted to share the special moment with their loved ones which was the reason for them to walk down the aisle once again.

For the second wedding, Sean wore a tuxedo while his beautiful bride wore a figure-hugging white wedding gown featuring a lacy detailing.

Sean Maguire who is now a father of three kids (two sons and a daughter) talked about his fatherhood journey. He disclosed the importance of providing a better world for the future generation. He said,

“Where it once used to be ‘Well, this will do me’ you now think of what the world will be like when [you] have a child. The first thing I think about when we talk about parenting is the environment. Climate change is a real thing. Being a parent is providing a safe future for our children and regardless of what your politics are, climate change is not up for negotiation.”

Also read Who is Ryan Dorsey, the ex-husband of late Naya Rivera? Know about his relationship, fatherhood, and career!

Tanya Flynn is better known as the wife of English actor and singer Sean Maguire. She is a police detective by profession. Read more bio…