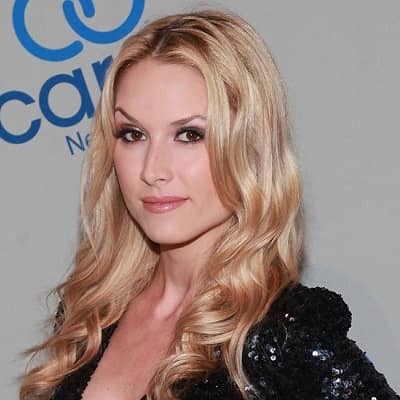 Tara Conner is a married woman. She exchanged vows with Eli James on 11 Nov 2018. Her husband is a musician and a DJ.

This couple is trying to get pregnant but is facing failure. The pregnancy test results are posted on her social media.

Who is Tara Conner?

Tara Conner is an American model. She is known for winning the Miss USA 2006 and Miss Kentucky Teen USA 2002.

She also participated in the Miss Teen USA 2002 and Miss Universe 2006.

She was born as Tara Elizabeth Conner on 18 Dec 1985 in Dallas, Texas, U.S. The names of her father and her mother are John Conner and Brenda Conner respectively.

Tara’s ancestry is Caucasian and has a brother named Josh.

She attended the Russell County High School in 2004. Then she enrolled at Somerset Community College to study business administration.

Tara Conner first competed in Miss Kentucky Teen USA in 2002. There she won the title and her modeling career started.

She then went for participating in the Miss Kentucky USA 2006 and then Miss USA 2006. In both competitions, she won the hearts of judges and won the titles.

Moreover, prior she was seen participating in Miss Teen USA 2002 but became 2nd Runner-up. Also, Tara was the 4th Runner-up in the Miss Universe 2006.

Tara appeared in MTV’s show Pagent Place in the year 2007. The other participants were Riyo Mori, Rachel Smith, and Hilary Cruz.

She was also a contestant on Gone Country S3, a judge in the Miss USA 2010, and co-host in Kaboom.

She has earned a net worth of $2 million (estimated) at present. However, her salary and other earnings are unknown.

She was tested positive for taking cocaine, crystal meth, and heroin in mid-Dec 2006. Also, she kissed Katie Blair and was accused of inviting men to Trump Place apartment.

Tara also misbehaved in bars in NYC. Because of all this, her title of Miss USA was about to dethrone. But Donald Trump allowed her to keep her crown only if she goes to the rehab program.

Regarding Tara Conner’s body features, her height is 5 ft 5 inches and her body weight is 50 kg. Moreover, her eyes are light brown and she has blonde hair.