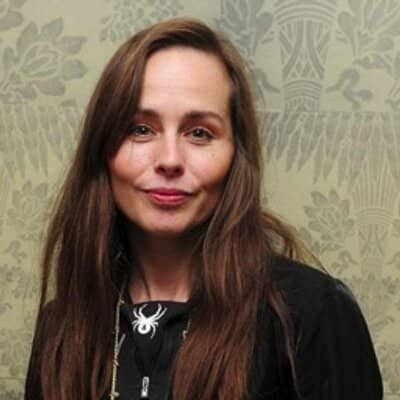 Tara Fitzgerald is currently dating Richard Clothier. The couple started dating in 2009 and are still together.

Tara has been in three relationships previously.

Tara dated Dorian Healy. The couple started dating in 1992 and decided to separate in 1993.

She was also in a relationship with Andrew Lincoln. The duo started to date in 1997 but their relationship only lasted a year. In 1998, they broke up.

Tara Fitzgerald was married to John Sharian. The couple tied the knot in 2001 but the marriage didn’t last long. In 2003, the couple decided to get divorced.

Who is Tara Fitzgerald?

Tara Anne Cassandra Fitzgerald is an English actress. She is best known for her role in Sirens, Game of Thrones, and Exodus.

Tara was born on 18th September 1967. She was in Cuckfield, Sussex, England by Sarah Fitzgerald and Michael Callaby. Her mother, Sarah Fitzerald, is Irish, and her father, Michael Callaby, is Italian.

Shortly after her birth, her family moved to the Bahamas. Her sister, Arabella Fitzgerald, was born there. Tara and her family returned to London.

Her mother and father separated when she was four years old, and she along with her mother moved in with her uncle and aunt. When Tara was age 6, her mother married the Irish actor Norman Rodway.

Her mother and step-father gave birth to her half-sister, Bianca Rodway. After a year of marriage, her mother, Sarah, and Rodway got divorced.

Tara spent her childhood moving around, hence, she attended five different primary schools. At the age of 16, she passed her GCSE exams. She then took a break from school as she was not allowed to pursue her dream of attending drama school. She had auditioned for the Guildhall and RADA, but she was unable to secure a placement.

Tara is an English actress who has appeared in feature films, radio, television, and the stage. After failing to secure a placement for the RADA and the Guildhall, she spent two years working as a waitress in Europe.

This experience provided her with an improved perspective. Eventually, she returned to London, she decided to audition for a place at the Drama Centre. She was accepted immediately.

Moreover, her training at the Drama Centre leaned heavily toward a method of acting. At this time, she was living with her mother and working as a waitress at “The Art” restaurant.

Eventually, a theatrical agent noticed her performance in an amateur production and arranged an audition for a role in Hear My Song (1991).

Tara was cast for the role of Nancy Doyle in Hear My Song. The movie turned out to be a big success and generated got reviews of her performance.

Some of Tara’s work:

Tara is a very popular actress who has worked in the film and TV industry for almost 3 decades. According to various sources, she has an estimated net worth of $2.5 million.

Tara is 5feet 5inches tall and weighs around 56 kg. Tara has a beautiful pair of dark black eyes and dark shading hair.

Tara is available on Twitter. Her username is @TaraXFitzGerald and she has around 1k followers. She doesn’t seem to be active on Twitter recently.