Tara Lipinski is a former sports personality and now-sports commentator. She is also an actress. Tara is married to Fox Sports producer since 2017.

Tara Lipinski is a married woman. She tied the knot on 24th June 2017. She got married to Fox Sports producer Todd Kapostasy.

They started dating since May 2015. They were so much in love that they were inseparable. So, they got engaged in December 2015 and decided to take their relationship to the next level of marriage. Till date, there is no record of her being pregnant or having children. 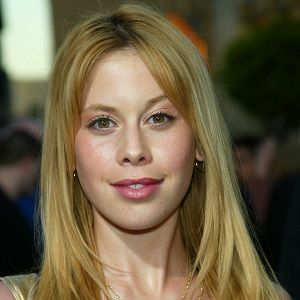 The highlight of my career? The Olympics, of course

Acting is easier than skating in a way and harder in other aspects. In skating, you get one chance, and with acting you get to do it over and over.

Who is Tara Lipinski?

She won Olympic gold at Nagano in 1998, setting a record for the youngest gold medalist at the Winter Olympics at the age of just 15.

Tara Lipinski was born as Tara Kristen Lipinski on 10 June 1982, in Philadelphia, Pennsylvania, USA. Her nationality is American and she is of Polish ethnicity.

She is the only daughter of Patricia Lipinski and Jack Richard Lipinski. Her mother was a secretary and her father was an oil executive and lawyer. She spent her earliest years in Washington Township, Gloucester County, New Jersey.

Her family lived in the Sewell section of Mantua Township, New Jersey until 1991.

She went to the University of Delaware. It is also one of the largest universities in Delaware.

Tara began ice skating in 1988, in the Philadelphia area. Her first major competition was the 1990 Eastern Regional Championships for roller skating where she finished second.

At the 1991 United States Roller Skating Championships, she won the primary girls’ freestyle as a nine-year-old.

She first came to national prominence when she won the 1994 U.S. Olympic Festival competition. She became the youngest ladies figure skating gold medalist as well as the youngest athlete in any discipline to win gold.

She won Olympic gold at Nagano in 1998 and became the youngest gold medalist at the Winter Olympics at the age of just 15. Besides skating, she has appeared in several TV shows and films including Touched by an Angel, Vanilla Sky, 7th Heaven, and Malcolm in the Middle.

In 2016, she appeared as herself in the TV series Superstore.

She has been a very successful person in her career and she has accumulated a net worth of 4 million dollars as of 2022.

When she was skating, Tara Lipinski was weighing just 68 pounds and people were quite alarmed at seeing her tiny and lithe body. There were also whispered rumors around the rink as to how she manages to skirt puberty.

She had revealed in an interview given to People that she just consumes 1228 calories per day. Christine Brennan’s book ‘Inside Edges’ had also revealed how female skaters subsisted only on carrot sticks and mustard and Tara Lipinski was one of them. This type of dieting by female athletes has been heavily criticized.

After Tara won the Olympics, the International Skating Union imposed a rule that the competitors should have achieved an age of 15 years before 1st July of the year in which they would be competing for the various championships.

This ‘Tara rule’ was made in order to discourage young women from attempting dangerous jumps which could damage their young bodies and leave permanent disabilities to them.

Tara has a height of 5 feet 1 inch. Her body weighs 46kg. Besides these, she has blonde hair and blue eyes. Her body figure measures 23 inches for waist size and 33 inches for hip size. Her shoe size is 5.5(US) and her bra size is 32A.

Furthermore, I also find out more about the early life, career, net worth, relationships, and controversies of a figure skaters, actresses, and sports commentators like Peggy Fleming, Collins Tuohy, and Ian Eagle.