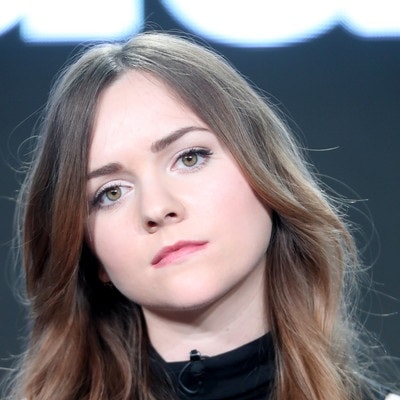 Teenage girls in television and film, in my experience, oftentimes are portrayed as either the sweet, innocent virgin or the super-sexy, experienced, town bicycle. There never seems to be an in-between. I think most girls are somewhere in between those two tropes.

It's human when you get the sense that somebody likes you or is attracted to you - unless you're just completely repulsed by the person - I find that my first reaction is to entertain the idea.

I started out doing theater when I was really young, and I completely fell in love with it. I knew that this was what I wanted to do.

Who is Tara Lynne Barr?

Tara Lynne Barr is a famous American actress who is best known for her performance in the 2011 film ‘God Bless America’.

She was born on October 2, 1993, in Orange County, California, USA. She is currently 25 years old. Her parents worked for a long time in Southern California Edison Company. She has an older sister named Erin and both of them were enrolled in the Boys and Girls Clubs of Huntington Valley’s before- and after-school care program.

Her sister auditioned and performed in various productions and hence she was inspired to take up an acting career.

Tara holds American citizenship but her ethnicity is unknown.

Talking about Tara’s education history, she has not disclosed college and university named she attended.

Initially, she performed in ten productions with the Clubhouse Theatre and at the young age of 11, she starred in the dark comedy short film ‘Road Kill’.

Then she hosted Encore’s Fear Fest: 31 Nights of Horror and then appeared in television shows such as ‘Joan of Arcadia’, ‘The Suite Life of Zack & Cody’,’Crossing Jordan’, ‘Drake & Josh’, ‘Zoey 101’,  ‘The Bold and the Beautiful and Casual’.

In addition, Tara was a celebrity youth presenter at the 6th annual OMNI Youth Music and Actor Awards

She was nominated for Young Artist Award in the category Best Performance in a Feature Film – Leading Young Actress for ‘God Bless America’ in 2013.

Tara has not been involved in any type of rumors and controversies in her personal and professional life.