Tara Reid is an American actress. She was seen as Vicky in the films American Pie, American Pie 2, and American Reunion, and Bunny Lebowski in The Big Lebowski. 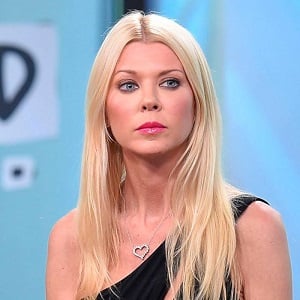 Slasher movies are fun. You watch yourself get chopped to pieces, yet you're still alive. You see the blood on the ax and think, Holy **it, this is sick, but you kind of get over your fear of death.

Once you get to know me, you would know in a second that I am an East Coast girl. You can tell because I'm not flaky, and I will tell you how it is. I also walk faster than they walk in L.A.

People think I am America's party girl, which is just stupid. I have done 24 movies and I am creating my own TV show.

I like when a guy makes me feel like a woman and a little girl at the same time.

Tara Reid has been involved in several relationships in her career. In 2000, she dated musician Fred Durst and television personality Carson Daly.

More recently, from 2013 to 2014, Reid dated Israeli musician Erez Eisen. In 2017, she was in a relationship with Ted Dhanik. At present, she is dating another guy. Her boyfriend’s name is Nathan Montpetit-Howar.

Who is Tara Reid?

Tara Reid is an American actress. People mostly know Tara Reid for playing Vicky in the ‘American Pie’ movies. Additionally, she also portrayed the role of Bunny Lebowski in ‘The Big Lebowski’.

Since then, she has appeared in several other moves and television series like ‘Josie and the Pussycats’, ‘My Boss’s Daughter’, and ‘A Return to Salem’s Lot’ among others.

Reid was born in Wyckoff, New Jersey as Tara Donna Reid on November 8, 1975. She was born to Donna Reid (mother) and Tom Reid (father). Both her parents were teachers and daycare center owners.

She became interested in the world of acting since her childhood years and began acting at age six. In addition, she has twin younger siblings, Colleen and Patrick. She also has another brother, Tom.

She is of American nationality. Furthermore, she belongs to a mixed ethnic background of Irish, Italian, French, Hungarian, and English.

Reid initially appeared in over 100 commercials for Crayola, McDonald’s, and Jell-O. Later, she appeared in ‘Saved by the Bell: The New Class’. In 1987, she played Amanda in ‘A Return to Salem’s Lot’. She played Ashley in ‘Days of Our Lives’ and Sara in ‘California Dreams’.

In 1988, Reid appeared in ‘The Big Lebowski’, ‘Girl’, ‘I Woke Up Early the Day I Died’, ‘Urban Legend’, and ‘Around the Fire’. Since then, she has appeared in numerous other movies and television series. All in all, she has over 50 credits as an actress.

Some other movies and television series that Reid has appeared in are ‘Bennett’s Song’, ‘Ouija House’, ‘Worthless’, ‘A Second Chance’, ‘A Royal Christmas Ball’, ‘Dark Ascension’, ‘Party Bus to Hell’, ‘Trailer Park Shark’, ‘Tie the Knot’, ‘Charlie’s Farm’, ‘Sharknado’, ‘Last Call’, ‘American Reunion, ‘Vipers’, ‘If I Had Known I Was a Genius and ‘American Pie’ among others. Additionally, she has 8 credits as a producer.

Reid won the Young Hollywood Award in 2000. She has not revealed her current salary. However, she has an estimated net worth of around $2 million at present.

Reid became part of a controversy after she was removed from a plane in October 2018 over the pre-flight disturbance.

Additionally, her controversial photo on Instagram which featured her horribly bruised and battered face was criticized by many. At present, there are no rumors concerning Reid and her career.

Tara Reid responds to the negative press she received after her ‘bizarre’ interview!