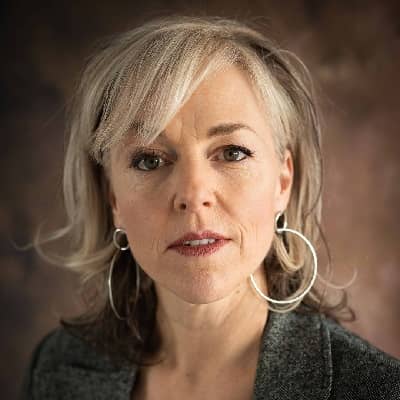 Tara Samuel is a married woman. Her husband’s name is Matt Flugger who is a musician by profession. The couple tied the knot in the year 2004.

Furthermore, detailed information about their love life is not available. Also, it is not known whether they have children or not.

Who is Tara Samuel?

Tara Samuel is a Canadian award-winning actress, writer, producer, and filmmaker. She rose to fame for her television role “Tara Williams in one of the two highest-rated shows, SueThomas: F.B.Eye aired on the PAX Network.

Tara was born in the month of 12th February but her exact birth year remains unknown. She hails from Taipei, Canada. Talking about her nationality, she holds a Canadian citizen whereas her ethnicity is unknown.

Tara hasn’t yet disclosed her parent’s and sibling’s details in the media. It seems she prefers to keep secrets about her family identity.

Moving towards her academics, Samuel graduated from Toronto’s esteemed George Brown Theatre School. She also received the John Bannerman Award for Most Promising Career from the school.

From 2002 to 2005 Tara made an appearance on the PAX series, ‘Sue Thomas: F.B.Eye‘ which is based on the real-life experience of Sue Thomas. Samuel played the role of Tara Williams as a best friend of Lucy and Sue.

The series features popular personalities like Deanne Bray, Yannick Bisson, Rick Peters, Ted Atherton, and more. She appeared in the 2011 short drama, Prairie Sonata along with Kate Mines. In 2013, she was cast in the lead role of “Ruby” in Ruby Booby whereas she is also the producer of the film.

Similarly, she has produced numerous films such as FIND, The Rwanda Blend, Singled Our, Biggz, and more. She is starring in a comedy web series, The Neddeaus of Duquesne Island as “Vangeline Neddeaus” aired on CBC which premiered in 2017.

Samuel is the co-founder of the Los Angeles-based film collective wemakemovies.org. She is the writer of the kid-empowering children’s album “Be Who You Are with Paula Tiberius“. Furthermore, Samuel has a production company Baubo’s Plan, Inc which develops and produces tv and film scripts that illuminate the ferocity and complexity of women’s battles and triumphs, ignite love and awakening in audiences.

Tara nominated for Canadian Screen Award for Best Lead Actress in a series, The Neddeaus of Duquesne Island for her role. Likewise, she nominated for Best Narrative Short at the Austin Film Festival.

At Manhattan Fim Festival, she won the Best Actress award for her role, “Ruby” in Ruby Booby in 2012.

Until now, Samuel has managed to maintain a clean image in the public. She hasn’t been part of any sorts of rumors and disputes that create a huge buzz in the media.

As per other online sources, Samuel has accumulated around $14 million net worth through her multi-profession as an actress, writer, and filmmaker. However, the exact figure of her salary and other assets are still under review.

It seems the actress is in her 50’s but she keeps a well-maintained body figure. She stands at the height of 5 feet 6 inches tall. Further, she has a blonde hair color with brown pair of eyes.