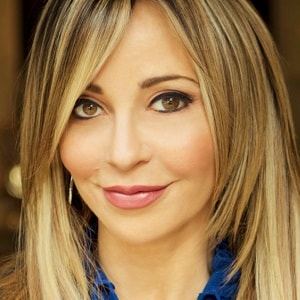 “I think it's definitely beneficial for these characters to have good acting voices behind them and it affects the characters in a way that people can feel like they're part of the game and that they know these characters.”

Tara Strong married Craig Strong on May 14, 2000. He is an American former actor turned real estate agent. They first met in 1999. They welcomed two sons: Sammy in February 2002 and Aden in August 2004.

The family is currently living in Los Angeles and they run CoiceStarz which is an internet-based company that teaches people how to get into the voice-over business. She was also involved in a charity group, ‘Bronies for Good’ in which she helped raise funds for a family whose daughter had a brain tumor.

Who is Tara Strong?

Tara Strong is a Canadian-American actress and voice actress, who is famous for her voice role in animated series such as ‘Rugrats’, ‘The Powerpuff Girls’, ‘The Fairly Oddparents’, ‘Drawn Together’, ‘Ben 10’, etc. and in video games such as ‘Mortal Kombat X’, ‘Final Fantasy X’, ‘X-2’, and the ‘Batman: Arkham’ series. She was nominated in the Annie Awards and Daytime Awards and for the Academy of Interactive Arts and Sciences.

Her parents immigrated to Canada from Russia after escaping the Anti-Jewish pogroms in the Russian Empire. She was raised in Toronto along with her older sister Marla. She was interested in acting at the age of four. She holds Canadian citizenship and her ethnicity is Russian Jewish.

She attended the Forest Hill Collegiate Institute for her high school education and graduated from there in 1991. Later, she enrolled at the Second City, Toronto to improve her skills.

She volunteers to be a soloist at a school at a school production and worked with the Yiddish Theatre although she did not know the language, she memorized her lines phonetically. Strong performed with the Toronto Jewish Theatre and acted in ‘A Night of Stars’. She was featured in an audiotape for ‘Lay Down Your Arms’ and sang the lyrics in both English and Hebrew.

Strong made her professional role debut from the Limelight Theatre’s production of ‘The Music Man’ at the age of 13. She made her guest role in the action series ‘T. and T.’ and her first cartoon role was in ‘Hello Kitty’s Furry Tale Theatre’. She took classes to improve at The Second City in Toronto and continued acting in both animated and live-action shows and films and made her way to LA in January 1994.

Strong gave voice role as Ingrid Third in ‘Fillmore!’, Timmy Turner in ‘The Fairly OddParents’, ‘Dil Pickles in ‘All Grown Up!’, Truffles in ‘Chowder’, and additional voice as Twilight Sparkle in ‘My Little Pony: Friendship Is Magic’, as Joanna in ‘Dorothy and the Wizard of Oz’.

She performed her voice to English language localizations of Japanese anime like ‘Spirited Away’ and ‘Princess Mononoke’, ‘and in video games as Paz Ortega Andrade in ‘Metal Gear Solid: Peace Walker’, Rikku in ‘Final Fantasy X’, ‘Final Fantasy X-2’, ‘Kingdom Hearts II’, and has a minor voiceover for the Teddy Bear; Ted in the motion picture Ted.

Her live roles include ‘Sabrina Down Under’, ‘National Lampoon’s Senior Trip’, ‘The Last White Dishwasher’, etc. She made her guest appearance in ‘Touched by an Angel’, ‘Comic Book: The Movie’, ‘3rd Rock from the Sun’, and played the role of Miss Collins in Nickelodeon’s live-action series ‘Big Time Rush’.

She was awarded an Interactive Achievement Award for her role as Rikku in ‘Final Fantasy X-2’ in 2004, won the Shorty Award for Best Actress in 2013 and nominated for several times.

She has an estimated net worth of around $10 million and her main source of income is from her professional career.

She tweeted that the Uber driver was harassing her and her fellow actress Rena Sofer based on political beliefs. But, later, she deleted the post.