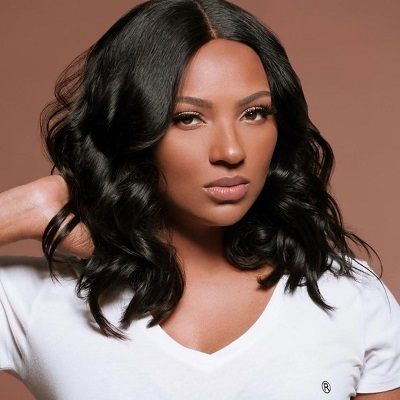 Previously, she was in a long-term relationship with the rapper, Peter Gunz. They started dating in 2003. They had a long relationship history for more than a decade. However, the relationship ended with quit painful memory for Wallace.

Also, at the ended she felt cheated and humiliated too as Peter was married to Amina Buddafly. Peter and Amina divorced in 2018.

Who is Tara Wallace?

Next, she will appear in the short documentary, The Social Distance Activity.

Tara Wallace was born on the 20th of September 1976 in Jayess, Mississippi. Her birth name is Taranasha Wallace. She is of Scottish-Irish ethnicity.

Till the date, she has not shared any details on her family background including her mother and father. However, she shared a picture of her family via Instagram. She has a brother, Jackie Wallace.

Talking about her educational background, she graduated from Jackson State University with Honors in Dramatic Art. After that, she joined New York’s Actors Studio Drama School.

From the institute, she earned a master’s degree in Fine Arts.

Professionally, Tara Wallace started her career as an actress. As per some online sources, she was involved in the theater plays and some small commercials. However, she first came in the limelight when she entered the reality TV show, Love & Hip Hop as the main cast in the fourth season.

As the main cast, she made her appearance in the show till the sixth season. The three seasons of the series earned the highest rating of the show due to her controversial triangle relationship between Peter, her, and Amina.

After the series, she got a boost in her career as an actress. In 2018, she featured the movies, Melinda as Rachel Benoit and Jersey: The Series as FBI Agent.

Apart from being an actress and reality TV star, she is exploring her career as a designer. Most of her designs are inspired by her personal experience.

Last, she was working on the designs of her pregnant mom. Her personal experience after delivery when she was body-shamed. Just after two months of delivery, people even commented on her as is she pregnant again? Also, she is quite famous for her kid collection designs too.

In the fourth season, it was revealed that Peter was married to Amina. Also,  it was disclosed that Tara and Peter were in a relationship for the past 11 years. The controversy reach the peak when both of the ladies were pregnant with Peter’s child at the same time which was disclosed in the sixth season. After the season, she exited the show as the main cast.

Back in February 2017, there were rumors that she is pregnant with her fourth child. However, all those rumors turned out to be fake.

Tara Wallace has black eyes with black hair. She stands at a height of 5 feet 6 inches and weighs around 62 kg.

You may also read the bio of Alice Evans, Sarah Bolger, and Erica Rose.

Peter Gunz asks his wife for Divorce as soon as possible. What led their marriage to this?