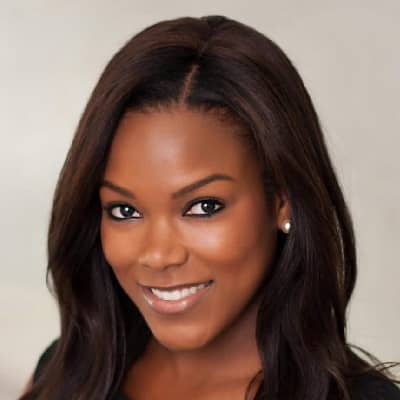 Taral is a married woman. She is married to Loren Dawson.

They met and started dating in 1999. The couple tied the knot in 2001. However, their other marriage details are not available.

They are blessed with two boys Jayden Dawson and Joel Dawson.

Taral has dated actor Chazz Palminteri in the year 1996. However, the couple broke up the same year.

Who is Taral Hicks?

Taral Hicks is an American actress, model, and singer. She is best known for her acting in the movie A Bronx Tale in 1993.

She now works as a teacher in North Jersey.

Taral was born on September 21, 1974, in  Bronx, New York, United States. She is of Afro-American descent.

Taral made a very successful career in singing as well as acting. Her acting career began in 1993 appearing in A Bronx Tale. Then she appeared in movies like Simply Cause, Educating Matt Waters (1996), and Preachers Wife (1997).

She is well-known for her performance in 1997’s Subway Stories. The next year she appeared as DMX’s girlfriend, Kisha in Belly. After that, she took a leap and came back to the 2000’s movie Are You Cinderella?

Between it, she worked for TV series like Soul Food: The Series, and Fathers. In 2005 she appear in The Salon and consequently in  Forbidden Fruits next year. Talking about other movies she has to portray she worked for Humenetorny in 2007 and Ex$pendable in 2008.

Taral has also built her music career. She was signed with Motown Records Studio in 1995.

She has written and produced Ooh, Ooh Baby. It has even appeared on the R&B singles chart’s Billboard. Taral’s single debut was Distant Lover.

Taral isn’t now active n the acting industry. She started her career as a teacher and is living with her family now.

Taral’s net worth of around $500,000. There is no detailed information regarding her earnings.

She hasn’t continued her career in acting and currently living in North Jersey, together with her family.

Maintaining a low profile, Taral has not been part of any rumors or controversial news in the media.

She has beautiful pair of brown hair with dark brown hair.