YouTuber who produces life hacks, scientific experiments, testing, with the catchphrase 'Safety is number one priority. 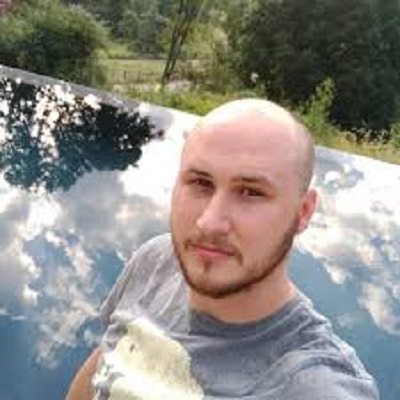 Taras Kulakov is a married man. He married his longtime girlfriend Katherine on October 13, 2018. Katherine is active on Instagram with the name, ‘epicsquared’. She has around 29k followers on Instagram.

Who is Taras Kulakov?

Taras Kulakov is popular as CrazyRussianHacker. He is a famous Russian YouTuber who produces life hacks, scientific experiments, testing, with the catchphrase ‘Safety is number one priority.’

His YouTube channel has around 11 million subscribers. With his hard work and dedication, Taras is now one of the most successful YouTubers of all-time.

Kulakov was born on March 11, 1987, in UkSSR which is now a territory of Ukraine. Currently, he is 32 years old. He has a Russian father and a Ukrainian mother.

However, he has not revealed their names yet. In addition, he has two brothers and three sisters. However, we only know one of his brothers whose name is Dima Kulakov. His ethnicity remains unknown. Kulakov is a citizen of Russia.

There is no information about Tara’s educational background. Also, in which school or college he graduated from also remains unknown.

Taras Kulakov created his first channel by the name ‘origami768’ in the year 2009. He began posting origami tutorial videos on that channel. Soon after, he renamed his channel to a short form of his own name, ‘Taras Kul’.

This channel became quite popular and today it has more than 10 million subscribers. Some of the most popular videos on the channel include ‘Origami Star’, ‘How to make origami Paper Airplane’, ‘Money origami shirt with a tie’, ‘How to make a paper cube’, ‘Origami swan’, ‘Flow Rings’ and ‘3 Satisfying Science Toys’, to name a few.

His biggest hits include ‘What Will Happen If You Boil Coke?’, ’10 Mind-Blowing Experiments compilation #7′, ’10 Amazing Life Hacks You have to know #26′. Kulakov made a second attempt for YouTube popularity with his second channel ‘SlomoLaboratory’ that later changed to ‘Slow Mo Lab’.

However, his popularity touched the sky with his third YouTube channel ‘CrazyRussianHacker’ which was created in the year 2012.

On this channel, the YouTuber posts hack science experiments, DIY videos and different types of demos. Some of his most popular videos on this channel include ‘6 Multi Tool Lighter Gadgets put to the Test’, ‘10 Kitchen Gadgets put to the Test’, ‘DIY Rocket Stove Out of Cans’, ‘8 Microwave Experiments – Compilation’,  ‘Russian Cosmonaut Food Taste Test’, and ‘DIY Giant Bubbles’.

Note that to date, Kulakov has shared over 1000 videos on this channel and continues to maintain it along with ‘Taras Kul’ and ‘Slow Mo Lab’.

He was nominated by Short Awards for the category of DIY. However, he did not win the award for it.

According to some notable online sources, Taras has an estimated net worth of around $8 million. Moreover, he has an annual income of around $2 million.

His main source of income is YouTube. His main YouTube channel has over 11 million subscribers as of 2019 and has earned over 2.7 billion views in total. He uploads around 3 videos a week and the videos usually get around 650,000 views per day. This generates an estimated revenue of around $2,600 per day ($950,000 a year) from YouTube ads.

Furthermore, his other YouTube channel, Taras Kul has over 3.5 million subscribers, 900 million views and an average of around 200,000 views per day. The estimated revenue generated by the views on this channel sums up to $800 per day ($290,000 a year). Taras Kulakov: Awards, Nominations

Kulakov was involved in controversy some time ago. He used a CO2 air conditioner which could potentially lead to suffocation in one of his videos. However, he ended up demonetizing the video and putting a warning that said not to be used at home.

Other than this, there are no scandals or rumors surrounding him.

Taras is one of the tallest YouTubers around with a height of 6′ 7″. Moreover, he weighs around 210 lbs. Also, he has blue eyes and brown hair.

You may also like to read the bio, career, net worth, etc of Wengie, Gigi Gorgeous, PewDiePie.