Tarvaris Jackson is late football player who was with teams like Minnesota Vikings, Seattle Seahawks, and Buffalo Bills.

Tarvaris Jackson was married before his death. He was married to Lakitta Jackson. They were in a relationship for a long time before getting married.

The couple exchanged wedding vows in 2009 and were together ever since. Their marriage was not full-on high as they even went to court after Tarvaris reportedly pulled a gun at her. However, they had settled their disputes and were living together before his unfortunate death.

From their marriage, the couple has three children, Tarvaris, Takayla, and Tyson. 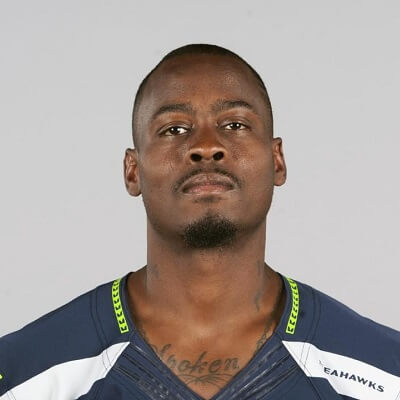 Who was Tarvaris Jackson?

Tarvaris Jackson was an American professional football player. He played as a quarterback in the NFL for the Minnesota Vikings, Seattle Seahawks, and Buffalo Bills.

On April 12, 2020, Tarvaris died in an unfortunate car accident at the age of 36. He died after the car he was driving(a 2012 Chevrolet Camaro) “left the roadway, struck a tree, and overturned,” a spokesperson for the Alabama Law Enforcement Agency(ALEA) told CNN.

The former NFL quarterback was transported to a hospital where he died. The accident took place about 7 miles south of his hometown. His teammates and NFL fans all mourned his death.

Talking about his education, he went to Sidney Lanier High School of Montgomery. He graduated from there in 2001. After that, he joined the University of Arkansas.

At the time of his death, Tarvaris Jackson had an estimated net worth of around $100k. He did earn around $12 million from his playing career.

However, in 2016, when he faced an assault charge, he told a Washington judge that he was broke and even needed a public defender. During that time, he claimed that he had “no income, no savings, stocks, no bank accounts, (and that his only possession was) a $100k car”.

In 2003 Jackson transferred to Alabama State University from the University of Arkansas and led the Hornets to an 8–5 record, winning the Southwestern Athletic Conference (SWAC) Eastern Division title. In 2005, his senior season, he was named the team captain and was also a second-team All-SWAC selection.

In the 2006 NFL Draft, The Minnesota Vikings selected him in the 2nd round of the NFL Draft. He played for the Minnesota team from 2006 to 2010. During much of his time there, he was a reserve quarterback. He was, however, the starting quarterback for the 2007 season and a portion of the 2008 season after which Tarvaris started the Vikings’ Wild Card playoff game.

In 2011, he signed with the Seattle Seahawks. He was their starting quarterback for the 2011 season. The next season, he was traded to the Buffalo Bills before but never played a game. He returned to the Seahawks in 2013 where he was the backup quarterback during their Super Bowl XLVIII win over the Broncos. Following the 2015 season, he became an unrestricted free agent.

In 2018, Jackson started his coaching career. He became a graduate assistant at Alabama State. The following year, he became quarterbacks coach for Tennessee State.

Jackson stood at a height of around 6 feet 2 inches. He weighed around 102 kg. He had black hair and brown eyes.

Jackson was involved in a domestic violence case back in 2016. he was involved in violence with his wife. Tarvaris was booked and charged for aggravated assault after he pointed a gun at his wife following a verbal altercation. He had gone to visit his family in Kissimmee, Florida with his wife and children in an early Friday morning. His children were sleeping when he reportedly kicked the bedroom door and pointed a loaded gun at his wife and said, “I’ll kill you bi**h, I’ll kill you”.

His wife Lakitta replied, “You better be accurate because you ain’t accurate on the field”. A witness got in the middle and stopped him from pulling the trigger.

He claimed that it was just an argument with no physical abuse and even accused the media of exaggerating the story.

You may also like to read the Bio, Career, Body Measurements, Net Worth, Social media, and more about Brandin Cooks, Kyle Bosworth, Troy Polamalu, and more.