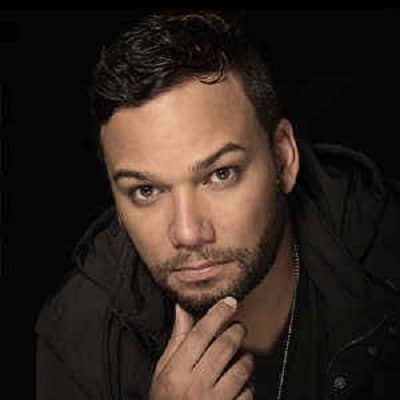 Currently, the famed star is a married man and has two sons as well. Jackson tied the knot with Breana Cabral. The duo has been dating since 2006 and married the same year.

The couple had their first baby boy named Bryce Connor who was born on 20 February 2008. Moreover, they are blessed with their second boy named Adren Michael and he was born on 18 February 2011.

Jackson spends quality time with his family and is active as the kid’s baseball coach, playing every chance he can get.

Talking about his past affair, Jackson had a love affair with Kourtney Kardashian. The then couple were in a relationship for 5 years. They separated in 2004.

Who is Taryll Jackson?

Taryll Jackson is a renowned full-time musician, writer, composer, and producer as well.

He is one of the superstars of the Lifetime original reality series named The Jacksons: Next Generation.

Taryll Jackson was born on August 8, 1975. As of 2021, his age is 45 years old. Likewise, he was born in Los Angeles, California, the United States of America. Jackson’s real name is Tariano Adryall Jackson Jr. His father’s name is Tito Jackson whereas his mother’s name is Delores “Dee Dee” Martes.

Talking about his ethnicity, Jackson belongs to a mixed (African-American and Mexican) descent whereas he holds the American nationality.

Like other children, Taryll had also normal and simple childhood, with birthday parties, baseball, family outings. Nevertheless, the family had to go through sorrow experience in 1994 when her mother droned in the swimming pool of her past partner, Donald Bohana as she was just 39 years old.

During his childhood, Taryll along with his brothers were offered a recording deal. However, they refused the offer to pursue their school days and enjoy childhood. Also, they played different musical instruments in their childhood.

The famed personality is one of the members as well as the founder of the band entitled 3T. The band gained international hit with their first single named “Anything” and also published different hit singles in Europe which consists of “24/7”, “Why”, “I Need You”, “Tease Me”, and “Gotta Be You”.

Moreover, the band published the album entitled “Brotherhood” beneath the supervision of their brothers at their uncle, Michael Label MJJ Music.

Jackson made his first solo EP named My Life Without You paying tribute to his late mother on Mother’s Day 2012. Afterward, Taryll published the single “Best of All Time ” in honor of his late uncle Michael.

Furthermore, Taryll along with his brother TJ has formed songs for their aunt Janet Jackson, and Bruno Mars, and Lindsay Lohan as well.

The 45 years old star has earned handsome money from his music career. He is one of the founding members of the band, 3T. The band’s album named Brotherhood had more than 3 million copies sold gaining them the highest profit.

Moreover, the song named “Why ” which was a duet with Michael Jackson is one of their most famous songs of all time.

Additionally, it is expected that Taryll has an estimated net worth of nearly $1 million as of 2021. However, he has not mentioned any of his income, and property details till now.

The brilliant star was part of The Dee Dee Jackson Foundation. However, there were rumors in 2020 that Taryll was going to step down from the charity. The reason was Jackson and charities had never a good match.

Moreover, Jackson mentioned that the charity was not at work and he didn’t find any reason to stay in the Foundation. So, it had created controversies in the public.

Besides, there have no rumors or controversy of Taryll Jackson to date.

Well, Taryll has a handsome look and a brilliant body structure as well. The famous personality stands tall with an impressive height of 5 feet and 11 inches.

Furthermore, Jackson has black hair as well as hazel eyes. From his appearance, it is seen that he has maintained his athletic body. However, Jackson has never publicized his weight measurement or anythings details till now.

About his social media presence, the famous star is active on social media. Currently, Taryll has 50k subscribers on his official social media @tarylljackson.

Furthermore, Jackson is available on Facebook as well. He has nearly 20k followers on it.

Furthermore, Taryll has nearly 100k fans and followers on Twitter. Well, the famed star has made remarkable fans, followers, and subscribers on different social media as well.