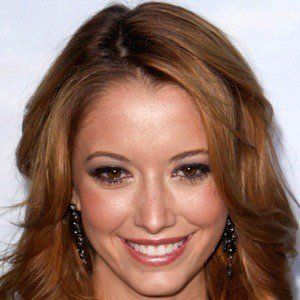 Taryn Southern was allegedly going out with fellow YouTube star Chester See. They were pretty open about their relationship and often indulged in PDA on social media.

However, they decided to go their separate ways in 2013.

Moreover, Southern got engaged to her longtime boyfriend named Bryan Johnson on March 17, 2018.

Who is Taryn Southern?

Taryn Southern is an American singer-songwriter, artist, digital personality, director, and writer. Likely, she was part of American Idol season three’s Top 50 but first gained national attention with her video Hot4 Hill during the 2008 Presidential race.

Additionally, she went on to host and executive produce DirecTV’s first original series, Project My World before landing other jobs in the entertainment industry.

In April 2019, Taryn co-directed and produced her first full-length sci-fi documentary, I AM Human with Elena Gaby, which explores the co-evolution of humans and technology.

Taryn Southern was born in Wichita, Kansas, the United States on July 16, 1986, and she is currently 34 years old. There is no information about her father, mother, and her childhood.

There is no information about her siblings. Taryn holds American citizenship, but her ethnicity is unknown. Her birth sign is Cancer.

Talking about her profession, during 2004, at 17, Taryn Southern appeared on the third season of American Idol, making it to Hollywood week and the Top 50. Likely, she produced a travel show, Project MyWorld, for DirecTV, which followed her and two friends as they traveled the world and met their MySpace friends.

In November 2008, Southern and Jessica Rose launched Webutantes, a new media studio. During 2010, she had a recurring role in the 5th season of the CBS comedy series Rules of Engagement, as well as a part in the movie Battle: Los Angeles as a reporter.

Likewise, in 2010, she released her 2012 comedy album, which reached #20 on the iTunes comedy chart. Since then, Southern has released more than 30 different songs and covers as well as an 80’s inspired album, Flashback Friday.

In the year 2011, Southern hosted the pre-show for the US version of The X Factor. Besides that, she also provided the voice-over for the character Judy on the Fred animated series on YouTube.

During 2012, she appeared as a guest star on New Girl, American Dad!, The League, and Guys with Kids. Whereas, Southern also launched her YouTube channel in 2012 by releasing one video per week. As of 2015, she has more than 400,000 subscribers.

Likewise, in 2013, she released the song “Crush”, which made it to the Top 100 in a radio play in August. During 2014, Southern’s YouTube Channel was listed on New Media Rockstars Top 100 Channels, ranked at #52. Southern also began hosting the 2000s and Today Countdown on The Pulse in May 2015.

She was nominated for Best Female Actor in a Comedy Web Series for Private High Musical (2008) at Streamy Award. Unfortunately, she has not won any of the awards yet.

She has an estimated net worth of around $500 thousand (as per 2020 data) and she has earned that sum of money from her professional career.

Taryn Southern has a height of 5 feet 7 inches. Additionally, she weighs is 54Kg. In addition, she has a measurement of 33-24-33 inches and her bra size is 30C.

Taryn’s hair color is light brown and her eye color is hazel. Furthermore, her dress size is 4 (US) and her shoe size is 6.5 (US).

Also, read the affair, salary, the net worth, controversy, and the bio of Wanya Morris, Lauren Hashian, and Veronica Merrell.