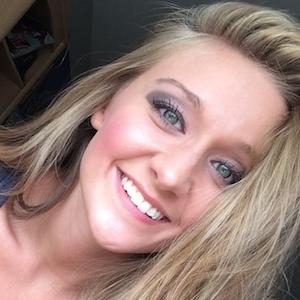 I didn’t know what love was before God gave me you. I was searching for love in people I was never going to get it from. I was lost and I truly felt like I had nothing to live for. There was no happiness in my heart.

I begged God for you. You are the light in my darkness. You helped me find myself again. You have shown me the meaning of true love. Greenly, I love you with all of my heart and soul.

You are heaven sent and I am so blessed that God chose me to be your Mother. We are building an empire together baby girl. Mommy loves that bald headed long hair punkin.

What is the relationship of Tasia Alexis?

The young and talented American Vine Star and Social media personality, Tasia Alexis is a single mother. She has a daughter named Greenly Harlow born in November 2019.

She revealed her pregnancy in early 2019. However, she has not revealed anything about her baby’s father.

Who is Tasia Alexis?

Tasia Alexis is an American Vine Star, Instagram Star, and a social media personality who is immensely popular for her work as Viner with more than 3.6 million followers on her channel Vine Channel.

She is also famous for being an Instagram star with more than 591k followers.

Tasia Alexis was born on March 20, 1998, in Georgia, United States of America. Her nationality is American and her ethnicity is Caucasian.

She was born to American parents Jamie and Leah and was raised in the same place where she was born. Her birth sign is Pisces and was raised by her parents along with her two younger brothers named Ashton and London.

There is no further information about the family background of Tasia Alexis. It is believed that she had a sheer interest in pursuing a career as a social media personality and as a comic artist from the very early age of life.

Tasia Alexis initiated her career as a social media personality with a now-defunct video application, Vine during her high school days and later, was considered as the fastest-growing vine celebrity ever.

She kept on posting some of the vine videos based on smart and funny content and increased her popularity to the large frame earning more than 3.6 million followers on her Vine account before its closure.

She is also famous on YouTube, and Instagram with more than 600,000 million followers on Instagram. Furthermore, she performed with Alexander Hotti at the House of Blues in Los Angeles in June of 2014.

Her net worth is $100K according to the sources.

Is Tasia Alexis involved in any rumors and controversies?

There was a controversy when Tasia shared her mugshot on her Tiktok stating that she was arrested.

She was sent to jail in February 2019 for forgery and possession of methamphetamine. Moreover, she was pregnant during that time.

Moving towards her body measurements, she has a good height of 5 feet 5 inches (1.65m).

She has blonde hair color and her eye color is blue.