Tasie Lawrence is a well-recognized British TV actress as well as a singer. 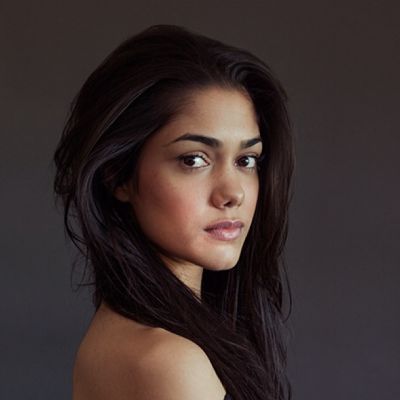 What is the relationship of Tasie Lawrence?

Talking about her love life, Tasie Lawrence is living a joyful married life with Jim Jefferies. Jim is a well-named American-Australian stand-up comedian, actor, writer, and political commentator who is widely famed for his role in Legit from 2013 to 2014 and The Jim Jefferies Shows since 2017.

Moreover, the couple tied the knot in September 2020. Tasie has posted her wedding photos on her Instagram. The couple does not have any children right now.

Previously, she was dating Bobby Lockdown. Also, Lawrence was suspected to be in an affair with Eugene Simon. However, it details are not available to the public and media.

Who is Tasie Lawrence?

Tasie Lawrence is a well-recognized British TV actress as well as a singer. Lawrence is widely famed for her Kids Choice Award-winning role as Mara Jaffray on Nickelodeon’s House of Anubis.

Moreover, she also portrayed a remarkable role in Fox’s new drama Hieroglyph in the year 2015

Tasie Lawrence was born on 22 December 1990. At present, her age is 30 years old. Likewise, her birthplace is Brighton, England.

Romi is the daughter of her father, Derek Dhanraj whereas her mother is Rebecca Sinnatt. Moreover, she has a sister, Tasha Dhanraj. Her dad belongs to Guyanese and her mom belongs to the English race.

Talking about her nationality, Lawrence holds a British identity whereas her ethnicity is Asian.

Regarding education, the renowned actress attended music at the Academy of Contemporary Music in Guilford and went be signed by Island Records as a singer/songwriter. Likewise, she has a BA in music.

Professionally, Tasie gained popularity after portraying the role of Mara Jaffrey in the Belgian/British/American Teen TV Show of Nickelodeon, House of Anubis. She announced on her Twitter that Lawrence would be appearing for the last time in the third season of the show. The main reason was she wanted to move on and pursue her career.

Additionally, Tasie also starred in the song Relapse, which was the first single of a past cast member, Alex Sawyer. The actress also emerged in the movie, The Tower in the year 2011. In the movie, Lawrence played the role of Mina which was a dark drama that follows an ensemble of different characters who live within a rundown estate in East London.

In the year 2014, she performed in the TV movie, The Untitled Riddle/ Salahuddin Project. Taste emerged portraying the role of Chloe in the film, In the same year, the celebrity performed in the movie, Hieroglyph.

From her performance in Hieroglyph, Tasie gained high popularity portraying the role of Ren. She then, emerged in the film, Everything Between Us in the year 2015. Furthermore, the versatile actress played the role of Bahni Desai, a college student abducted and held captive by Tom Larson in the Season Eleven episode Target Rich of Criminal Minds.

On the other side, Lawrence is a past member of a dark pop-rock band named WooWoos. However, she left the band to pursue her career in the acting industry.

Well-celebrated TV actress, Lawrence has earned a decent amount of money from her multiple profession. She has been active in her profession from the year 2011 till the present.

Tasie has never been part of any controversial matter or rumors till now. The actress has been preoccupied with her professional and private life.

It seems that Lawrence prefers enjoying her personal life and does not want to merge it with her professional life.

30 years old actress, Tasie Lawrence has gorgeous looks, perfect shapes and curves, and an admirable personality. She stands at a height of 5 feet 2 inches. Also, she has a balanced body weight of 52 kg.

Furthermore, Lawrence has dark brown eyes whereas her hair is black. Her body measurement is 32-24-34 inches (chest-waist-hip) respectively.

Regarding her social media presence, Tasie Lawrence is an active personality on social media. Tasie has more than 51.2k followers on her official Instagram account @tasiel.

She is also active on Twitter with around 50.8k followers.

Moreover, Lawrence is not available on Facebook at the moment.