Posted by MarriedBiography Posted on July 7, 2019 | In Affair , Dating , Married
Share this 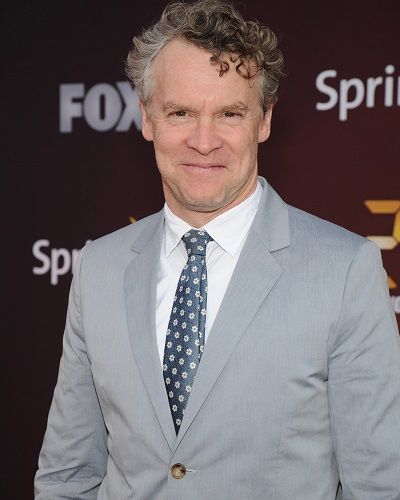 The American actor and director Tate Donovan is the ex-boyfriend of Jennifer Aniston and former FRIENDS co-star of her. He has recently opened up about how hard it was to work with her after their breakup. He played the role of Rachel Green’s boyfriend Joshua for almost six episodes.

Similarly, he said that it was uncomfortable for him to pretend to fall for the woman he had just broken up with in real life. He said the publication,

“I was just happy to be on the team (of Friends). The only bummer was Jennifer and I were breaking up at the time,”

“And so that was tricky to sort of act, and act like we are just meeting each other, and falling in love, or whatever, interested in each other, when we’re sort of breaking up … That was just tough.”

They dated for two years and broke up right before he was due to film his first guest episode on the series. It was a tricky situation. Like in real life, the character of Joshua did not last long in Friends. In the episode, Rachel had a huge crush on Joshua after meeting him at Bloomingdale.

“The people that know that we dated think that we met on Friends. But in fact we had dated for two years before then, and it was over by the time we were on Friends together.”

Also Read Winner of X-Factor Alex-Kinsey to launch his solo career with his ex-girlfriend! Who is he dating?

In the year 1990, he dated Sandra Bullock. She is an American actress, producer, and philanthropist. She was chosen Peoples’ Most Beautiful Woman in the year 2015. Similarly, she is known for her breakthrough action thriller Speed. They dated for about 4 years and broke their relationship in 1994.

After that, he dated Jennifer Aniston. They dated from the beginning of the year 1995. But they ended their relationship after two and a half years in 1998. She is an American actress, film producer, and businesswoman. She rose to fame after portraying Rachel Green on TV sitcom Friends.

In the year 2005, he married Corinne Kingsbury. She is a writer by profession. Their marriage was held on a Malibu, California. But their marriage ended in the year 2008. They divorced and they did not have any children together.

Also Read Actor Hyun Bin to be the cast of “ Crash Landing of Love”! Know his love affairs

Tate Donovan was born on 25th September 1963 in Tenafly, New Jersey, US. He is the son of John Timothy Donovan(father) and Eileen Frances(mother). Similarly, he is the youngest of seven siblings. He educated from the Dwight-Englewood School in Englewood, New Jersey, before transferring to Tenafly High School and attending the University of Southern California.

Likewise, he is known for portraying Tom Shayes in Damages, Jimmy Cooper in The OC, and the voice of the title character in the 1997 Disney animated film Hercules. Similarly, he played in the animated television series of the same name and in a few Kingdom Hearts video games.

Similarly, he has also worked as a producer of 30 for 30 Shorts, for which he won a Primetime Emmy Award for Outstanding Short Form Nonfiction or Reality Series.