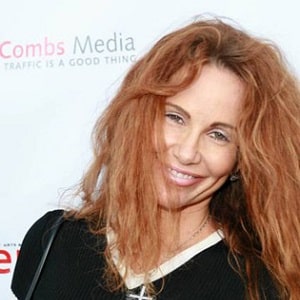 Tawny Kitaen is currently single. She had previously dated Ratt guitarist Robbin Crosby during her high school and she followed the band in order to pursue the career.

Who is Tawny Kitaen?

Tawney Kitaen is an American actress, comedian, and media personality who is best known for her performances in ‘Bachelor party’ in 1984, ‘The Perils of Gwendoline in the Land of the Yik Yak’ in 1984 and ‘Hercules: The Legendary Journeys’ in 1995.

She chose her nickname as ‘Tawny’ at the age of 12. Tawny holds American citizenship and her ethnicity is Ashkenazi Jewish, English, Scottish.

She Dropped out of Mission Bay High School in San Diego, California and moved to Los Angeles with her rocker boyfriend.

She is a former gymnast and debuted her acting career with a minor role in the television film ‘Malibu’ in 1983. After a year, she starred in the movie ‘The Perils of Gwendoline in the Land of the Yik-Yak’. She portrayed the role of the bride-to-be young Tom Hanks in the film ‘Bachelor Party’ and starred in the film ‘Dead Tides’ in 1997.

Tawny Kitaen appeared for the band Whitesnake in the hits like ‘Here I Go Again’, ‘Is This Love’, ‘The Deeper The Love’ and many more. She portrayed the recurring roles in ‘Hercules: The Legendary Journeys’ and appeared in the TV series ‘The New WKRP in Cincinnati’ from 1991 to 1993 as a nighttime DJ named Mona Loveland.

It seems the talented actress has not been awarded and nominated for her work despite playing in so many films and tv series.

She has an estimated net worth of around $500,000 which she has earned from her professional career.

She was charged with possessing 15 grams of cocaine in her San Juan Capistrano home in Orange Country in November 2006. She entered a six-month rehabilitation program in December 2006 for the dismissal of a felony drug possession charge.

Also, Tawney Kitaen was arrested on September 26, 2009, for driving under the influence in Newport Beach, California and she was sentenced to a couple of days in jail and ordered to join a first-offender alcohol program. She was also required to perform 64 hours of community service.