Updated On November 22, 2022 | Published By: Frank Ingram
Share this
Divorce 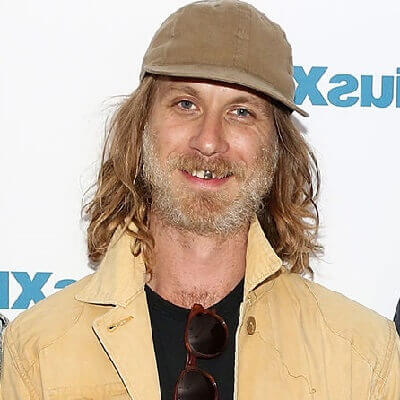 What is the relationship of Tay Strathairn?

He recently got divorced from Grace Gummer. Grace is an actress famous for her works in the 2011 Broadway revival of ‘Arcadia’, roles in ‘The Newsroom’, ‘American Horror Story: Freak Show’, ‘Mr. Robot’, etc. She is even better known as the daughter of the legendary American actress, Meryl Streep.

The couple exchanged wedding vows on July 10, 2019. The marriage was kept a secret. However, just 42 days after their marriage, they separated on August 21, 2019. Gummer filed for divorce from Tay on March 23, 2020, in Los Angeles

Who is Tay Strathairn?

Tay Strathairn is an American actor and keyboardist. He is famous for his works in Julie & Julia, Lone Star, and Eight Men Out.

His father is an American actor who came to prominence in the 80s and the 90s performing in movies like The Brother from Another Planet, Matewan, Return of the Secaucus 7, Limbo, City of Hope, Eight Men Out, etc. He was born as one of his parents’ two sons and has a brother named Ebbe Strathairn.

Tay spent his childhood days in New York with his family. His ethnicity is English, Scottish, Irish, and Portuguese.

In which school did Tay Strathairn attend?

Strathairn has not revealed anything about his educational background. However, he does seem to be well-educated.

Tay Straithairn loved music from an early age. However, following his Academy Award-nominated father who also started his acting career in a John Sayles movie, he appeared in two Sayles films, Eight Men Out and Lone Star as a child. In 2009, he had a role in ‘Julie and Julia’ which remains his latest acting work.

At a young age, he started playing the piano and started playing in the band, ‘Dawes’ in 2009. He continued there until 2015. After that, he joined another band called ‘Edward Sharpe and the Magnetic Zeros’.

So far, he has had a hand on five albums; ‘Up from Below’, ‘North Hills’, ‘Nothing is Wrong’, ‘Stories Don’t End’, ‘Edward Sharpe and the Magnetic Zeroes’, and ‘Live in No Particular Order.

Tay has long blond hair and a pair of blue eyes. However, other than that, he has not revealed any of his physical attributes including height, weight, etc.

As of 2022, Tay Strathairn’s net worth still remains under the shadow as he has not revealed much about his work. He has stayed in the public eye and is better known as the son of David Strathairn and the secret husband (now divorced) of Meryl Streep‘s daughter, Grace Gummer.

Is Tay Strathairn involved in any rumors and controversies?

As of 2020, Tay has not been involved in any negative rumors or controversies. He is focused on his career and has not stirred any rumors or controversies concerning his personal or professional life. His secret marriage to Grace came as a surprise to many which was the main reason he came to public attention. However, it can not be considered ‘controversial. He has kept his profile clean and there are no rumors about him, either.

Tay Strathairn is not active on social media sites. He has stayed away from the public eye and likes to keep his personal life private and has remained absent from any social media sites including Facebook, Twitter, and Instagram.

You may also like to read the Bio, Career, Net Worth, Relationships, Social Media, and more about Meryl Streep, Emma Stone, Grace Gummer.