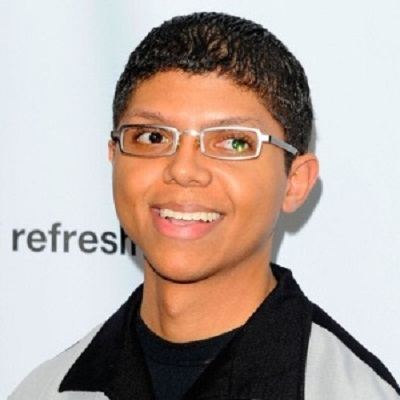 Tay Zonday’s current relationship status is possibly single. As of now, he has not introduced anybody as his wife or girlfriend.

Who is Tay Zonday?

American Tay Zonday is a YouTuber, Actor, and music artist. He is renowned as the singer of the viral song, Chocolate Rain.

Last, in 2019, he appeared in the TV series, Wizard School Dropout for an episode.

Tay Zonday was born on 21st May 1982 in Minneapolis, Minnesota. His birth name is Adam Nyerere Bahner.

As of now, he has not revealed any names of his parents. His mother and father are teachers by profession. He is the youngest among his two siblings. They are of All-American ethnicity.

Moving toward his education, he is an alumna of The Evergreen State College. In 2004, he graduated from the college with Honors in Arts majored in communications. Prior to that, he attended the Illinois Mathematics and Science Academy. However, he drooped out from the Academy.

In 2004, he enrolled at the University of Minnesota. In 2008, he earned his master’s degree in Arts majoring in American Studies. After that, he joined a Ph.D. program in Minneapolis.

In 2005, Tay Zonday started his career as a field apprentice for Service Employees International Union for three months. Around the same time, he started joining the University of Minnesota as a graduate assistant. After that, in August 2005, he joined the Minneapolis Department of Civil Rights as commissioner.

In 2006, he started doing open mic nights. To improve his performances, he started taking feedback online. On 22nd April 2007, he uploaded his song, Chocolate Rain. The song went viral in no time making him a huge social media star.

Following the fame, he appeared in the shows like Opie and Anthony, Best Week Ever, Tosh.O, Lily Allen and Friends, and others as a guest. Meanwhile, he also attended the Almond Talent Agency as an actor. After that, he appeared in the series like Viralcom, Robot Chicken, Top Decking, Pub Quiz, and many more in some minor roles.

In February 2015, he became a revenue partner of the Twitch. Also, he is a content creator for the social media platform. Also, he is a streamer for Twitch. Besides all this, he is the advisory board member of the video platform, Snakt, and Social Bluebook.

Apart from that, he has also voiced movies like Pub Quiz and Hamlet A.D.D, and TV series including Seven Bucks Digital Studios, and Animeme Rap Battles.

Apart from that, through his YouTube channel, he makes in the range of $1.1k to $18k. Also, he makes through working with various brands like Intel, Firefox, Microsoft, NASA, and many more.

Tay Zonday has black eyes with black hair. He stands at a height of 5 feet 8 inches and weighs around 69 kg.

Managing a successful careering, he has maintaining distance from any sort of controversy and scandals. Also, there are no rumors linked with him.

His self-titled YouTube channel has over 1.08 million subscribers with more than 227.8 million views.