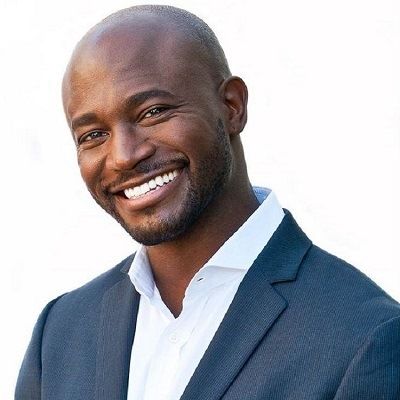 I've always been attracted to women who are assertive and have confidence - qualities older women possess. They've been on the Earth a little longer. They're more seasoned. They don't play games. They know what they want, and they're not afraid to tell you.

I would love for film to go back to those days where you had to be able to do everything just to get by.

I'm going through a stage where the dumbest things make me bawl. I feel like I need to see a shrink.

The large ensemble cast and the fact that it was being shot in New York, combined with a lot of strong positive images as far as African Americans are concerned, really turned me on to The Best Man.

What is the relationship of Taye Diggs?

Taye Diggs started dating with actress Idina Menzel after having first met her while working in an original production of the Broadway musical Rent in 1996. In 2003, they got married. In 2009, they welcomed a son, Walker. However, about 4 years later, they were at the end of their marriage. The split was amicable and they decided to raise their son together.

Taye started going out with model Amanza Smith Brown. Their first public sighting came in April in a swanky restaurant in West Hollywood. They made their relationship public by walking the red carpet together at the BET Awards in June.

Who is Taye Diggs?

Taye Diggs was born in Newark, New Jersey, the United States on January 2, 1971. His birth name is Scott Leo Berry and he is currently 48 years old. His father’s name is Andre Young (visual artist) and his mother’s name is Marcia Berry (teacher and actress). Whereas when he was a child, his mother married Jeffries Diggs, whose surname Taye took.

Talking about Taye’s education history, he attended the Allendale Columbia School, and later School of Arts, both in Rochester, New York. He completed his graduation from Syracuse University, with a BFA (Bachelor of Fine Arts).

Talking about his profession, during 1996, Taye appeared in the musical ‘Rent’ playing the role of a cruel and opportunistic landlord. After having performed several successful roles on stage, he moved to TV in 1998 and started appearing in the soap opera ‘Guiding Light,’ a show which holds a Guinness World record for being the longest-running television show in the history of American television.

Then, he played the lead role in a legal drama TV show ‘Kevin Hill’ which started airing in 2004. Appearing as a lawyer named Kevin Hill. Meanwhile, he appeared in films such as ‘The Way of the Gun’ (2000), ‘New Best Friend’ (2002), and ‘Brown Sugar’ (2002). Likewise, he appeared in the 2005 movie ‘Rent’ which was an adaptation of the musical of the same name in which he had acted.

He won Best Ensemble Cast for The Best Man Holiday (2013) at Hollywood Award in 2014, he won Favorite Supporting Actor – Horror for House on Haunted Hill (1999) at Blockbuster Entertainment Award in 2000. Similarly, he won Best Acting Ensemble for Chicago (2002) at Critics Choice Award in 2003. He also won Outstanding Supporting Actor in a Drama Series for Private Practice (2007), Outstanding Actor in a Drama Series for Kevin Hill (2004) at Image Award.

Taye Diggs has an estimated net worth of around $20 million as of 2022, and he has earned that sum of money from his professional career. Likewise, he has starred in TV adverts for Propel Fitness Water, Kellogg’s.

Currently, there are no desperate rumors regarding Taye’s personal and professional life. He is far from rumors and controversies.

Taye has a height of 5 feet 10 inches and he weighs is 83Kg. Additionally, his chest, waist, biceps sizes are 44-34-16 inches. Taye’s hair color is black and his eyes color is dark brown.

Tags : American actor and singer Broadway musicals Rent and Hedwig and the Angry Inch How Stella Got Her Groove Back