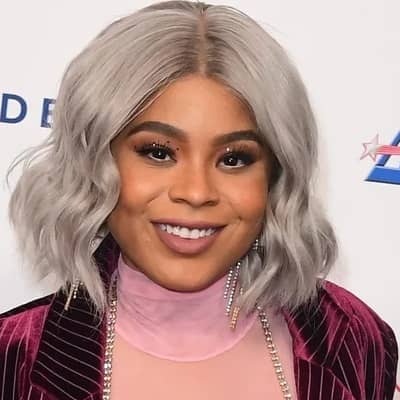 Tayla Parx once said she is bisexual and she is at present in a relationship. Recently in mid-Jan 2021, she exchanged rings with her girlfriend Shirlene Quigley.

Who is Tayla Parx?

Tayla Parx is an American singer, songwriter, plus actress. She has co-written hit songs like Love Lies, Thank U, Next, High Hopes, and more.

She is associated with R&B, pop, hip-hop, and soul music genre.

She was born as Taylor Monét Parks on 16 Sep 1993 in Dallas, Texas, the USA. The identity of her father and her mother along with her siblings is unknown.

Tayla belongs of All-American descent. Regarding academics, she has not disclosed the details. But she has attended the dance academy of Debbie Allen in Dallas.

Tayla Parx started her music career in 2006. She is a talented artist and has worked with stars like Jason Derulo, Ariana Grande, Jennifer Lopez, Pentatonix, and Fifth Harmony.

She is related to labels like Atlantic and Def Jam. In April 2019, she launched her album titled We Need to Talk. Then in Nov 2020, her second album, Coping Mechanisms came into the market.

Some of her hit singles are “Do Not Answer”, “Potential”, “Slow Dancing”, “Dance Alone”, “Fixerupper”, and “System”. Teaming up with Ariana in her album Thank U, Next, Tayla was nominated for the Grammy Award for Album of the Year.

Tayla besides being a singer is also an amazing actress. She was first seen in the movie Hairspray (2007) as Inez. In the same year, she appeared in Beyond the Pretty Door and Love… & Other 4 Letter Words.

Her TV roles are singing girl in Gilmore Girls, a daughter in Carpoolers, Shelley in True Jackson, VP, and Kara in Victorious.

She has a net worth of $1 million (estimated). The salary and incomes from her career are not disclosed.

This star singer is keeping herself away from rumors or any desperate scandals.

Regarding Tayla Parx’s body features, her height is 5 ft 1 inch and her body weight is unknown. Moreover, her eyes are dark brown and her curly hair is a natural black.

But she experiments with her looks with unique hairstyle and clothes. She often her hair in different colors.

Tayla is available on social sites. She is popular on Instagram and has over 228k followers on it.