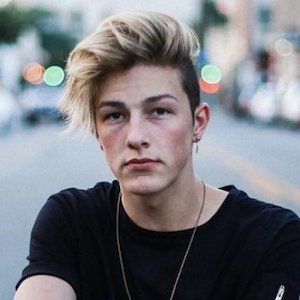 The young and talented American Musical.ly Star and a Social media personality, Tayler Holder is currently an unmarried personality as he has not been in any marital relationship with anyone.

The Musical.ly Star and internet sensation, Tayler Holder is believed that he is away from any sorts of relationships at the present times.

Thus, the social media personality, Tayler Holder is currently not dating anyone and is making love with his profession as well at the present time.

Who is Tayler Holder?

Tayler Holder was born on August 19, 1997, in Texas, United States of America. His nationality is American and his ethnicity is North American.

He was born to American parents and was raised in the same place where he was born but, later he and his family moved to California, United States of America. His birth sign is Leo and was raised by his parents.

There is no any further information about the family background of Tayler Holder. It is believed that he had a sheer interest in pursuing a career as a social media personality from the very early age of life.

Tayler Holder initiated his career as a social media personality with a Twitter, YouNow, and Instagram account in the October of 2013 and in the mid-2014. Later, he started using Musical.ly regularly and kept on increasing his influence as a social media personality. Now, he is known as the musical.ly star with more than 1.2 million followers on his itstayholder musical.ly account. Also, he has collaborated with Joey Birlem for some of his musical.ly videos. He is also famous on Instagram and has earned over 490,000 followers on his Instagram as well.

Unlike other celebrities, there is no any information about the love life of Tayler Holder and his professional life as well.

He has a good height of 5 feet 9 inches with body weight 65.8 kg. His hair color is light brown and his eye color is hazel.