Well known for her works on movies like Passions (1999), Myopia (2005), and The Untitled Jerome Elston Scott Project. 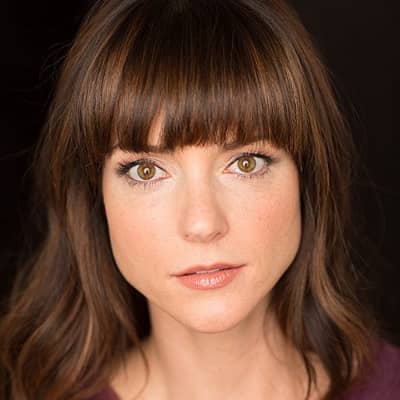 What is the relationship of Taylor Anne Ramsey?

Taylor is a married woman. She is married to Zach Ramsey.

Taylor and Zach first met at a Halloween party. Both of them were not in their costume and hit it off. The duo started dating and after around three years they got married on November 23, 2013. The marriage ceremony was held between their friends and family at Hickory Street Annex.

The couple has two children a daughter and a son.

Who is Taylor Anne Ramsey?

Taylor Anne Ramsey is an American actress, director, yoga trainer, and blogger. She is well known for her works in movies like Passions (1999), Myopia (2005), and The Untitled Jerome Elston Scott Project.

Taylor was born on April 27, 1982, in Dallas, Texas, USA. She holds an American nationality and has Scottish descent.

The actress hasn’t shared any other information about her childhood.

She completed her education at UCLA (University of California, Los Angeles)  with a Bachelor of Arts in Theater.

Taylor started her acting career working in various small roles in various commercials and then movies. Likely she debuted in acting in the 1999 soap opera Passions. She works there for a year up to 2000.

After it, she appeared in a short action movie, Myopia in 2005. A year later in 2006. Taylor landed a role in Skater Boys. It is an oriented spin-off of the skater-punk movie ‘Grind’ directed by Richard L. The movie also starred Adam Brody.

Taylor is also popular for her appearance in the 2016 short drama Perry’s Grind. She has portrayed Tabitha and starred alongside Paris Kennedy and Christopher Cassarino in the movie. She also starred in the American Supernatural Drama film A Ghost Story in 2017. The actress was also part of the American Airlines Commercials.

The actress is also a vlogger and often posts various lifestyle blogs on her website.

Taylor must have collected a good amount from her acting career. She has starred in various movies that were commercially so good.  A Ghost Story movie was made under a budget of $100,000 and was able to collect $2 million at the box office.

Likely her net worth is under review. It must be around $1 million.

The actress maintains a low profile and maintains a distance from any such news that can lead her name to appear in any rumors and controversial news.

Taylor has an average height of 5 feet and 9 inches ((1.75 m)). Similarly, she has beautiful hazel eyes with brown-colored hair.

Also, get to know about other actresses’ biographies like Elizabeth Smart, Alice Evans, Sarah Bolger, and Emma Davies.