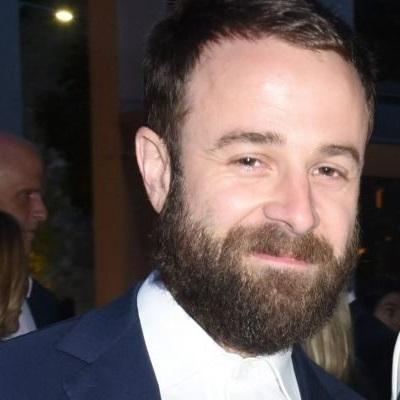 How did Taylor Goldsmith and Mandy Moore meet?

Taylor Goldsmith is happy with the actress, Mandy Moore. The couple started dating each other in 2015.

After dating for two years, the couple got engaged to each other in late 2017. The following year, they married on 18th November 2018.

On 25th September 2020, they announced that they are expecting their newly born baby. Also, they disclosed the gender of the baby which happens to be a boy.

As of now, he and his wife are eagerly waiting for their baby who will be born in 2021.

Who is Taylor Goldsmith?

Taylor Goldsmith is a singer-songwriter and record producer. He is renowned as the lead singer and guitarist of the rock band, Dawes.

Taylor Goldsmith was born on 16th August 1985 in Los Angeles County, California to Lenny Goldsmith. He is of Jewish-British ethnicity.

His father, Lenny Goldsmith is also a music artist. He used to do music tours as the leader of the group, Tower of Power which was formed in Oakland, California in the 1980s. Last, his dad was spotted signing while Taylor was playing guitar.

He happens to be the eldest child of his mom and dad. He has a brother, Griffin who is a professional drummer.

Moving towards his academics, he completed his High School education at Malibu High School where the songwriter & Guitarist, Blake Mills used to be his classmate.

In 2002, he started his musical journey with the post-punk band, Simon Dawes that he formed with his High School friends. In 2005, the band released its’ first Eps, What No One Hears.

The Next year, the brand launched its EP, Final Noise under the recording label, Reprise with 6 tracks. The following year, the band got parted away after releasing its debut album, Carnivore which received mixed reviews.

In 2009, he formed another band, Dawes along with his brother and former bandmate, Wylie Gelber. The year, the band released its debut album, North Hills under the recording label, ATO with 11 tracks of length 54.56.

After that, in 2011, he also joined the Delta Spirit to form the brand Middle Brother and played for the show, SXSW film conference, and festival.

Following that, he launched the albums; Stories Don’t End, All Your Favorite Band, We’re All Gonna Die, and Passwords with Dawes.

Last, in October 2020, the band released its latest album, Good Luck with Whatever.

Apart from that, he also earns through the royalties of his music. Also, he makes it through his band performance and musical tours.

Taylor Goldsmith has brown eyes with brown hair. He stands at a height of 5 feet 9 inches and weighs around 72 kg.

As of now, there are no controversy or scandals that concerns him. Also, he has managed to maintain distance from any sort of rumors linked with him.