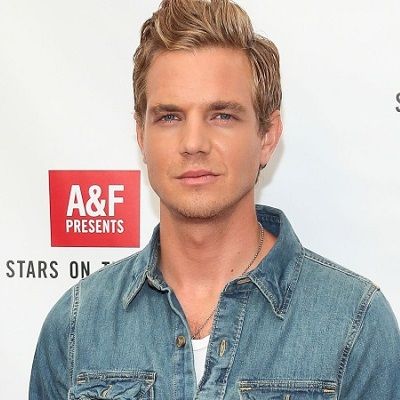 Taylor Handley is married to his longterm girlfriend Audra Seminario on 8th June 2013. Audra is an Actress and model.

They married at the Bates Rincon Del Mar Ranch in California. His bride wore a traditional white gown with a strapless, low-cut neckline and a figure-hugging mesh fishtail skirt.

Similarly, Taylor wore a black suit and a bow tie with a white rose in his buttonhole.

Who is Taylor Handley?

Taylor Handley is an American actor known for the role of impressionable youngster Rory Buck in Jack Frost.

Taylor was nominated for the 2001 Young Artist Awards.

Taylor Laurence Handley was born on 1st June 1984 in Santa Barbara, California, US. He is the son of Patrice Ilene of English, German, Dutch, Mexican descent and Laurence Owen Handley of Swedish, English, German and Danish descent.

In the year 1998, Taylor played the role of Rory Buck in Jack Frost. After that, he appeared in numerous movies including Phantom of the Megaplex, Then Came Jones, Zerophilia, In from the Night, September Dawn and others.

In the year 2006, he played the role of Dean in The Texas Chainsaw Massacre: The Beginning. His recent roles include in Skateland, Sink Into You, Chasing Mavericks, Channeling, Mentryville,  and Bird Box.

In 2002, he landed in the role of Trent on Frasier. After that, he appeared in multiple TV series like CSI: Crime Scene Investigation, Becker, Dawson’s Creek, The O.C. and Cold Case.

He appeared in CSI: Miami and Hidden Palms in 2007. Some of his recent TV series are The Cleaners, CSI: NY, The Glades, Law & Order: LA, Vegas, APB,  and Proven Innocent.

He was the part of Chasing Mavericks which made an earning of $31.64 million. The Texas Chainsaw Massacre: The Beginning collected $18,508,228 on its first weekend.

He has blond hair and blue eyes.