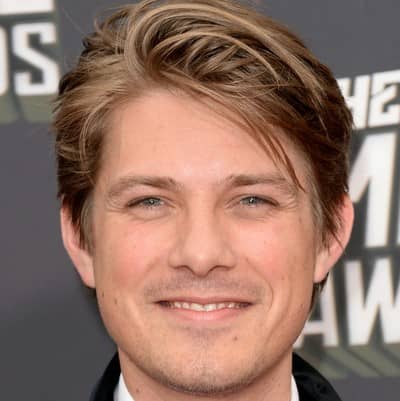 Who is the wife of Taylor Hanson?

Reflecting on his personal life, Taylor Hanson is a married man. He is happily married to his wife, Natalie Anne Bryant, whom he met on June 8, 2002.

Who is Taylor Hanson?

Taylor Hanson is a known American musician. He is popular for being a member of the pop-rock band, Hanson.

He has also been the lead singer for the supergroup Tinted Windows.

He maintains Danish ethnicity and follows Christianity as the main religion.

Talking about his parents, he was born to Clark Walker Hanson and Diana Frances Hanson. Furthermore, he has six siblings and was raised in a suburb of Tulsa, Oklahoma.

Following that, on April 21, 2009, they released their first album. Unfortunately in 2020, their bassist, Adam Schlesinger, died from COVID-19.

What Is Taylor Hanson’s Net worth Or Salary?

According to the Celebrity Net Worth, the American musician, Taylor has an estimated net worth of around  $20 million.

He has made impressive money, from his music career as a member of the band, Hanson.

Is Taylor Hanson Involved In Any Rumors Or Controversies?

The versatile star has been able to maintain a clean profile in the media. That’s why he has not been part of any sort of desperate rumors or scandals.

Hanson‘s lead singer has a charming personality. He stands at a height of 6 feet 1 inch while he weighs around 81 Kg.

In addition, Taylor has a fair complexion, along with a pair of hazel eyes and blonde hair.

Being a musician, Taylor Hanson is very active on social media platforms. He owns an Instagram account under the username, @taylorhanson, where he is followed by nearly, 220K followers.