Taylor Hicks is at present possibly single. He has not shared the details of his present affair or girlfriend.

But in the past, he used to date a journalist named Caroline Lyders. There were also rumors of them getting married which were never got confirmed. 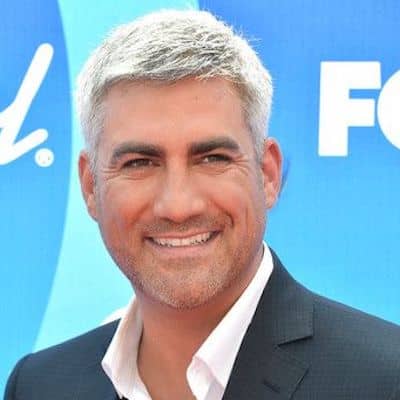 It's music man. If it's in your heart, you feel it, you play it, you sing it, you perform it, you bust your buns doing it, and that's what it's all about.

I stole an Otis Redding album from a buddy of mine's house when I was about 10 years old and I have been in love with it ever since. It must have been a bug or something. He told me to keep it.

When you are doing something you love, sleep can wait!

Who is Taylor Hicks?

Taylor Hicks is an American singer and songwriter.

Taylor Hicks is also an advocate who grabbed the attention after participating as well as winning the American Idol S5.

This win made him the oldest person to win American Idol as well as the first white man to win over a girl in the finale.

His released albums Taylor Hicks and The Distance were loved by the listeners. He has worked with the band Little Memphis Blues Orchestra.

His birthdate is 07 Oct 1976 and he was born in Birmingham, Alabama, the United States as Taylor Reuben Hicks.

The name of his mother was Pamela Dickinson and his father’s identity is Bradley Hicks (dentist).

Further, Taylor Hicks’s ancestry is Caucasian, and has a half-brother whose name is Sean.

As per his academics, he is a Hoover High School graduate of 1995. Then he went to study business and journalism at Auburn University.

Taylor Hicks was with the Passing Through band when he was in college.

He then in 2005 released his first album Under the Radar.

In the same year, he after listening to his half-sibling gave an audition for American Idol Season 5.

He was named the winner of the fifth season. The final songs he sang in the show were “Living for the City”, “Levon”, and “Do I Make You Proud?”.

Taylor till now has released only three albums. His first album came out in 2005 and then Taylor Hicks in 2006 followed by The Distance in 2009.

However, his yearly salary is not yet stated.

This American Idol winner singer is keeping himself away from scandals as well as rumors.

Taylor Hicks’s height is 6 ft 1 inch and his body weight is in average shape.

On top of that, he has grey hair and has eyes in light brown color too.

Taylor Hicks is officially present on social sites such as Instagram with over 48.6 thousand followers.