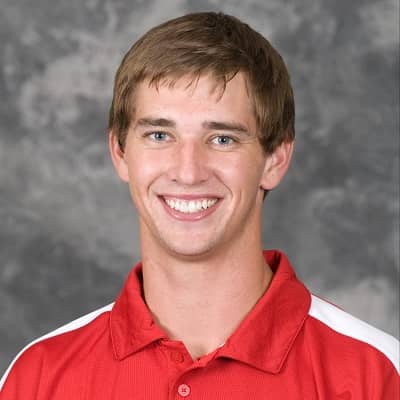 Taylor is a married man. he is married to his longtime girlfriend Heather Morris.

The pair first met at their school in Arizona. Hubbell contacted her through MySpace when she moved to Los Angeles and later started dating in late 2011.

They welcomed their first son, Elijah Beckwith Hubbell in Sep 2013. After it, the couple got engaged in 2014 and married on May 16, 2015. The marriage ceremony was held at Old Canyon Ranch in Topanga, California in an outdoor ceremony.

Who is Taylor Hubbell?

He is also best known for being the husband of a popular actress and singer Heather Morris.

He hasn’t disclosed any information about his parents and childhood. Although he seems to be close with her family members. He has an Instagram post wishing his father on his birthday.

Taylor holds an American nationality and has English, Norman, and Germanic origin.

Following this, he has his Bachelor of Science from the University of Louisiana.

Taylor used to play baseball in high school. He plays up to 2010 and has almost played for 20 games. The player was in the district championships and also appear in the stated quarterfinals in his junior and senior years.

Likely, he also works as a golf professional assistant at Wood Ranch Golf Club. Furthermore, the player also was named the tournament director and membership director at American Gold Corporation.

Taylor is also a Membership Director at North Ranch Country Club as per his LinkedIn profile.

Moreover, Taylor came to the limelight after his relationship with the actress and singer, Heather Morris.

He develops a passion for furniture when they were searching for some new furniture for their home. And later he decided to take the woodworking business and launched his company.

As of now, Taylor owns a Hubbell woodshop. It is a handcraft Bespoke Furniture and specializes in Home and Office Furniture located in Los Angeles, California.

He owns a furniture company and must have good earnings from it. He has also put his various custom builds on his website which cost from $60 up to $1250.

Similarly, his wife Heather has an estimated net worth of $4 million.

Taylor Hubbell has been able to influence people positively and hasn’t appeared in any kind of rumors or controversial news.

Taylor seems tall and stands at a height of 6 feet and 3 inches. His body mass is not known although.

Talking about his appearance, he has beautiful blue eyes with light brown hair.

Taylor has around 10K followers on Instagram. He joined Twitter in February 2015 and has already around 3.5K followers now.

You may also read the bio of Pauly Apostolides, Cara Geswelli,  Cassie Dilaura, and Tim Weatherspoon.