Taylor Kitsch is a famous actor and former model from Canada. He was in many relationships but as of now, he os probably single. 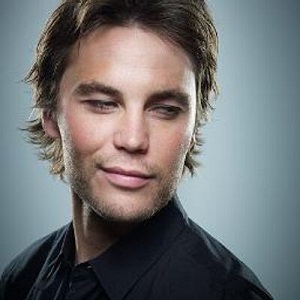 Video games and computers have become babysitters for kids

There's that stigma about New Yorkers, how they're so mean, but in my experience it was quite the opposite. People were very genuine and very nice, even on the subway

I have like 20 snap-up shirts in my closet, and I never, never would have thought before FNL would I have had that.

Taylor Kitsch is possibly single as of now.

Who is Taylor Kitsch?

Canada-born Taylor Kitsch is an actor. Furthermore, he is also a former model. He is active in the acting field since 2006. Presently, he is a prominent figure among the media for starring in the American sci-fi film, “John Carter”. He played the character of John Carter in the film.

Additionally, he is famous for starring in films, “Lone Survivor”, “Savages”, and others.

Taylor was born in Kelowna, in British Columbia in Canada. He was born to parents, Susan Green, and Drew Kitsch. Drew was a worker in the construction field and Susan worked for the BC Liquor Board. He was born on April 8, 1981, and has German-English ethnicity.

At the age of 1, his parents separated. Consequently, he had a little rough childhood than others. Taylor started playing Ice hockey from an early age of 3.

As per his education, he attended Gleneagle Secondary School in Coquitlam. Later he graduated from there and played ice hockey league there. Afterward, he joined the University of Iowa to study Nutrition and Economic resources.

Taylor Kitsch began his modeling career at an early age. In 2002, he moved to New York and did modeling for IMG. He didn’t have success overnight. There were times when he had to sleep in subway trains. Later he moved to Los Angeles to pursue his career.

Previously in New York, he also attended some acting classes. Although he had a bad start, he successfully modeled for brands like ‘Diesel’ and ‘Abercrombie & Fitch’. Taylor initiated his acting career in 2006. In 2006, he appeared in lots of films and TV series.

But it was the role of Tim Riggins in the TV series, “Friday Nights Lights” that made him popular. He portrayed that role from 2006 to 2011. Contrary to TV, he made his film industry debut in the same year in 2006. He appeared in films like “John Tucker Must Die”, “Snakes on a Plane”, and “The Covenant”.

Afterward, in 2009, he played the role of Remy LeBeau / Gambit in the film, “X-Men Origins: Wolverine”. Similarly in 2012, his performance in the film, “John Carter” made him even more popular. The same year, he also played the character of Chon in crime thriller film, “Savages”. Additionally, he starred in films like “Battleship”, and “The Grand Seduction”, “Pieces”, and others.

Presently, he earns a huge salary and has a net worth of around $12 million.

Taylor was rumored to have an affair with an actress, Rachel McAdams in 2015. Other than that, he keeps himself away from media tittle-tattle. Presently, there are no rumors that surround his personal and professional life.

Taylor Kitsch stands tall at the height of 5 feet 11 inches. Discussing his weight, he weighs around 80 kg or 176 pounds. He has a chest of 44 inches.

His hair color is dark brown and eye color is hazel brown.