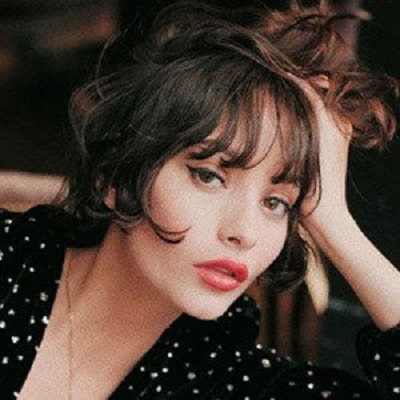 Taylor Lashae is currently in a relationship. She is dating photographer Zachary Chick. She was photographed and interviewed by her boyfriend for an exclusive online editorial for the Galore magazine. They have not revealed any future plans. Hope, they will soon tie their knot.

Who is Taylor Lashae?

Taylor Lashae is an American actress, model, and Instagram celebrity who is best recognized as ‘it-girl’ and also for her recognizable and unique style.

She was born on the 14th August 1988 in Houston, Texas, USA. Taylor was raised by her French and Colombian parents in Houston, in their home in close proximity to the NASA center. She grew up along with her older brother and a younger sister named Faith Silva. Her sister Faith revealed that Taylor was interested in modeling and also, Faith followed her sister’s footsteps.

Taylor holds American citizenship but her ethnicity is unknown.

Taylor began her modeling career at the age of 15. At that time, she worked part-time for a vintage store and then she was asked to pose for a few photos in order to promote various items to sell from the shop. The pictures were posted online and also, Taylor also posted on her own Instagram account.

Her beauty caught the eys of modeling agents and she began receiving job offers. She continued her education along with her modeling career. She got the opportunity to work with brands such as P.E. Nation, Calvin Klein, Hansel & Gretel, Nice Martin.

Moreover, she began her acting career from HBO’s show called ‘Broadwalk Empire’. She fell in love with her acting skills and also joined an acting school in order to sharpen her acting. Also, she wrote and acted in ‘Je t’adore’.

She has an estimated net worth of around $1 million and she has earned that sum of money from her professional career. Also, her salary ranges from $200k to $250k per year. In addition, she adds some extra money from advertisement,s guest appearances, etc.

She stands a height of 5 ft. 7 inches and has brown eyes and brown hair. But, other information about her weight, shoe size, dress size, body measurement, etc. are not available.