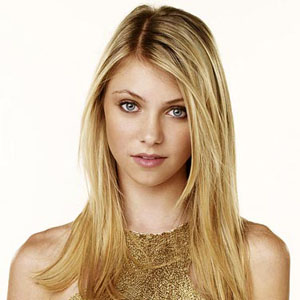 'Darkness' is a subjective word

it depends what your viewpoint is and how you live life

I'm just living my life, and I'm not gonna live my life for other people.

Who is Taylor Momsen?

Taylor Momsen is an American singer, songwriter, actress and model who is a lead singer of the rock band ‘The Pretty Reckless’ and also for her work as an actress in the ‘CW’ teen drama series ‘Gossip Girl’ in which she played the role of Jenny Humphrey.

Born to Michael and Collette Momsen in St. Louis, Missouri, United States of America, during the year of 1993, Taylor Momsen was raised Roman Catholic along with her younger sister Sloane Momsen, an actress. Taylor Momsen is a true inspiration for all the young people because she mentions that she started learning to model at ‘Ford models’  when she was 2 years old and started acting when she was 3 years old. She did not get high theoretical knowledge but, she attended many singing and modeling classes which turned out to be the backbone of her singing and modeling career. She, after her elementary schooling, joined the Professional Performing Arts School in Manhattan for high school and graduated. Apart from singing and modeling, she also learned some dancing skills while she was admitted to the Center of Creative Arts in St. Louis.

Taylor Momsen, who started her career as an actor at the age of three in the national commercial for ‘Shake ‘n Bake’ worked as the cast in ‘The Prophet’s Game’. She, in 2000, got her breakout role as a Cindy Lou Who in ‘Dr. Seuss’ How the Grinch Stole Christmas’ which was followed by her role as Gretel in the motion picture ‘Hansel and Gretel’. When she was 14 years old, she was appointed as an IMG Model and also as a John Galliano’s new women’s fragrance in autumn 2010. This was her great achievement in both acting and modeling career. She also played the role of Jenny Humphrey on The CW television series ‘Gossip Girl’ in 2007 and also made covered the ‘Page Six Magazine’ and French magazine ‘Rock One’s’ followed by her debut Maxim cover in November 2013. Apart from acting and modeling career, she initiated as a singer with her recording of the song “Christmas, Why Can’t I Find You?” for the soundtrack to ‘How the Grinch Stole Christmas’ later, she made herself a lead singer of the rock band ‘The Pretty Reckless’. Currently, she is known as a singer who is active in singing since 2007.

She is always rumored to be in a relationship with some celebrity. She was rumored to be sharing her love life with Jack Osbourne (2010), Skandar Keynes (2008), and Chace Crawford (2008) and, it is also assumed that she is a strong and passionate person who is arduous to be handled by any guy.