Taylor Swift is an American singer-songwriter and actress. Taylor is in a relationship. She is dating Joe Alwyn. 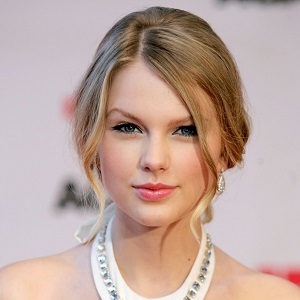 Red is such an interesting color to correlate with emotion, because it's on both ends of the spectrum. On one end you have happiness, falling in love, infatuation with someone, passion, all that. On the other end, you've got obsession, jealousy, danger, fear, anger and frustration

We don't need to share the same opinions as others, but we need to be respectful

My ultimate goal is to end up being happy. Most of the time.

Taylor is in a relationship. She is dating Joe Alwyn since May 2017. He is an English actor.

Swift dated an American singer/actor Joseph Jonas in July 2008 which ended after a short time of three months. She dated her co-actor Taylor Lautner in 2009 but they broke later in the same year.

She shortly dated Jake Gyllenhaal in 2010. She dated the British singer/actor Harry Styles from December 2012 to January 2013. She then dated Scottish DJ and record producer Calvin Harris from March 2015 to June 2016. Then, she dated Tom Hiddleston from June 2016 to September 2016.

Who is Taylor Swift?

She recorded her name in the Guinness World Record by being the first female to have two million-selling album openings.

Her birth name is Taylor Alison Swift. She is the elder child among the two children of Scott Kingsley Swift (father), a financial advisor and Andrea Gardner Swift (mother), a homemaker who previously worked as a mutual fund marketing executive. She has a younger brother named Austin.

She went to Alvernia Montessori School to complete her kindergarten and pre-school. Then, she got transferred to The Wyndcroft School.

She attended Wyomissing Area Junior/Senior High School when her parents moved to Wyomissing, Pennsylvania. She attended public high school but got transferred to the Aron Academy after two years and graduated a year early by getting homeschooling.

Taylor Swift’s family relocated to Hendersonville, Tennessee to help her in her music career. She soon left RCA Records at the age of 14 as she wanted to pursue her character as soon as possible and she felt to be losing her time there.

Swift caught the attention of Scott Borchetta, an executive of Dream Works Record at an industry showcase at Nashville in 2005. She was one of the first people to be signed to the Big Machine Records. Swift released her first album with her own name as the title “Taylor Swift” on 24 October 2006 at the age of 16.

The album peaked at number five on the Billboard 200 and marked the longest stay on any release in the 2000s by staying for 157 weeks in the chart. She released numerous singles in 2007 and 2008, all of which were really successful on the Billboard Hot Country Songs chart with some songs as number one.

Taylor has won many awards as the Artist of the year, Top New Female Vocalist, Favourite country female artist and much more. She was nominated for the Grammys Awards 2008 for the Best New Artist. She released her second album- “Fearless” on 11 November 2008 with the lead single “Love story“.

It was at number four on the Billboard Hot 100. She released more singles in 2008 and 2009. She got to do her first concert tour- Fearless tour which earned over $63 million.

She made her acting debut from the TV drama called CSI: Crime Scene Investigation where she played the role of a rebellious teenager. Her debut movie was Valentine’s Day which was released in 2009.

This singer’s net worth is around $400 million. In addition, her salary is $150 million per year.

Being a great superstar, Swift has had many controversies, some true and some false, during her career. Currently, Taylor Swift is rumored to be dating British actor-Joe Alwyn.

In May 2020, Taylor tweeted a controversial tweet against the president Trump,

“After stoking the fires of white supremacy and racism your entire presidency, you have the nerve to feign moral superiority before threatening violence? ‘When the looting starts the shooting starts’??? We will vote you out in November. @realdonaldtrump”

The winner of many awards, Taylor Swift has also maintained her body quite well. She has a height of 5 feet and 10 inches and weighs 59 kg.