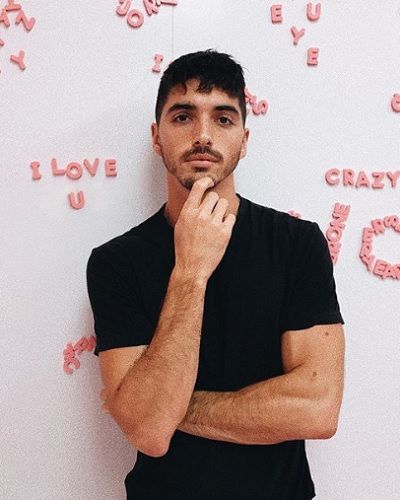 He has worked in High Expectasians as a producer and has produced 3 episodes of the show. Perez began his journey in opera houses performing musical theatre at an early age which ultimately leads him to pursue his film and television career.

Taylor is also a swimmer and was nationally ranked.

Taylor Zakhar Perez was born on 25th December 1991 in Indiana, USA. At present, he is 28 years old and playing the love interest of Joey King who is just 28 years old. He grew up in South Side, Chicago but later moved to Los Angeles for his acting career.

Taylor is the son of Antoinette whereas his father’s information is not known. He has seven siblings among which five are sisters Kaie, Koehn, Kristy, Jenna and Marie, and two brothers Ron and Grant.

Taylor Zakhar Perek is in the second part of the romantic movie The Kissing Booth. Previously, Joey King and Jacob Elordi were in love and now Perek is playing the role of Marco who comes to Elle’s school and questions her feelings.

In the show, he is musically gifted, good looking and a great dancer. It makes it difficult for Elle to maintain her long-distance relationship with Noah.

His role promises to shake things up between Elle and Noah. Movie The Kissing Booth 2 premiered on 24th July 2020. Joey and Taylor underwent coronavirus testing to enjoy an at-home viewing party and slice of cake. This movie is based on the novel The Kissing Booth 2: Going the Distance by Beth Reekles.

Tyler Zakhar Perez is also a singer as he is seen singing and playing guitar on a scene in The Kissing Booth 2. He learned guitar for his role. Perek revealed,

“I practised my butt off… Looking at those strings, I was very confused the first couple of weeks. And then it just kind of became like muscle memory.”

Fans are impressed with his talent.

Taylor Zakhar Perez is private when it comes to his love life. He has not revealed anything about dating anyone. When he was asked about his choice in dating, he revealed,

“I love adventurous people, someone that says yes all the time. I paddle board and hike and surf, so I feel like my friends are my type. I’m a huge proponent of dating friends or people you’ve had heart-to-hearts with before you become intimate. Emotional intimacy is way more important to me than sexual intimacy.”

Currently, he has a very good friendship with his co-star Maisie Richardson-Sellers. He has shared many pictures with her on Instagram.

Talking about his Instagram account, he has more than 1.7 million followers. He is following personalities like Christian A Pierce, Abigail Cowen, Ms Juicy Baby, Sabrina Carpenter, Fraser Wilson, Leslie Jordan, Jake Picking, Benito Skinner, Norman Lear, and many others.

Perez’s first Instagram post was on 6th April 2017. It was the post of LA. He makes posts with his cast members and friends.  He also has a dog whose picture he shared on Instagram.

On 22nd May 2020, he posted about the premiere of his movie The Kissing Booth 2. He wrote,

“COUNTDOWN. STARTS. NOW!
I am excited to share with you all that Kissing Booth 2 premiers on @netflix July 24th.”

Likewise, on Instagram, he is promoting a charity to provide masks to first responders working to combat COVID-19 and supporting the Black Lives Matter movement.

Tracy Morgan getting divorced for the second time! Know about his wedding with second wife Megan Wollover, children, net worth, biography
Tags : Actor The Kissing Booth 2