Ted Levine is an actor who acted in “The Silence of the Lambs”, ‘Buffalo Bill’, etc. 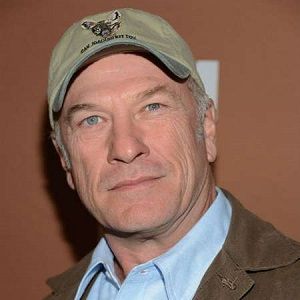 I don't live in Los Angeles

Who is Ted Levine dating?

Ted Levine is a married person. He has already shared the marital vows with Kim Phillips. Ted and Kim both like to keep their personal life away from the media.

They don’t want to present their relationship life in the spotlight. Due to this, there is very little information about their marriage life. Also, there is no track of data about their wedding date and place.

Although many of their admirers want to know more about their marital life, it is not possible as of now. Together, they have two children. One of them is a daughter named, Melissa Levine. The other one is a boy named, Mac Levine. Currently, they live happily sharing love and care.

Who is Ted Levine?

Ted Levine is an actor by profession. He holds American citizenship. Ted acts in both TV and feature films. He is active in this industry since 1983.

Presently, he is famous for his movie, “The Silence of the Lambs” in 1991. He portrayed the role of ‘Buffalo Bill’ in the hit horror-thriller.

Additionally, he is also famous for acting in the comedy-drama television series, “Monk” from 2002 to 2009.

Ted Levine was born in Bellaire in the state of Ohio. He was born on May 29, 1957, as Frank Theodore Levine. His ethnicity is a mixture of Russian and Welsh ancestry from his father and mother’s side respectively.

The name of his mother is Charlotte Virginia. Similarly, his father’s name is Milton Dmitri Levine. Although he was born in Ohio, he grew up in Oak Park in Illinois. For his education, he went to Windsor Mountain School in Massachusetts.

Then he moved to Vermont. Afterward, he joined Marlboro College for his further studies in Vermont in 1975.

Ted Levine started his career professionally in 1983. Previously, he worked at several theaters in Vermont, Michigan, and Chicago. He began with a minor role in a TV movie, “Through Naked Eyes” in 1983. Then in 1985, he appeared in another television film, “Two Fathers’ Justice” as Bennett.

As per his feature film debut, he made it in “One More Saturday Night” as a cop in 1986. Afterward, he did projects like “Ironweed,” “Betrayed,” “Next of Kin,” “American Playhouse,” and others.

He struggled a lot. Subsequently, he got to portray ‘Buffalo Bill’ in the film, “The Silence of Lambs” in 1991.  This rose up to his fame.

Before this, he did “Crime Story” on TV in 1986-87 for thirteen episodes. Some of his other television projects are “Death Train,” “Nowhere Man,” “Wonderland,” “Justice League,” and others.

Similarly, he portrayed several characters in films. Notably, he plays the role of police, detective, or authority man. Some of his movies are “Shutter Island,” “Heat,” “The Fast and the Furious,” “Jimmy,” “Banshee Chapter,” and so on. He is all set to star in Jurassic World’s sequel, “Jurassic World: The Fallen Kingdom” in 2018.

His current salary is not known. He makes a lot of money from his work. Ted Levine has an approximate net worth of $6 million as of 2022.

Ted Levine was into controversy for his character of Buffalo Bill in the movie, “The Silence of the Lamb.” Other than that, he stays away from any hot topics in the media. Consequently, he is not part of any rumors or controversies.

Ted Levine is a tall and handsome guy. He stands tall at the height of 5 feet 11 inches. Similarly, he weighs around 82 kg approx. While he has dark brown eyes, his hair is brown.