Ted Nugent is an American singer, songwriter, and political activist. He is married and a father of six kids.

Ted Nugent is a married man. He exchanged vows with Sandra Jezowski in 1970. But they separated in 1979.

He is currently married to Shemane Deziel on Jan 21, 1989. This couple is blessed with a son named Rocco Winchester Nugent.

Besides this, Ted has three children. His first two children, a son, and a daughter were born in late 1960 but he gave them for adoption.

His other child who is a boy and the mother was Karen Gutowski. 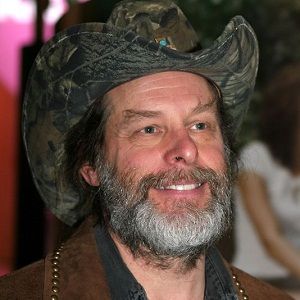 I hump the wild to take it all in, there is no bag limit on happiness

Like the average American that I hang out with, and like my father before me, I raised all my children to respect tools and use them wisely and safely

Who is Ted Nugent?

Ted Nugent is an American singer, songwriter, and political activist.

He is one of the board members of the National Rifle Association plus a strong supporter of the Republican Party.

He was born on December 13, 1948, in Redford, Michigan, United States. He is 73 years old. His birth name was Theodore Anthony Nugent. He is the son of Marion Dorothy (mother) and Warren Nugent (father).

He has three siblings as John, Jeffrey, Kathy. Ted has a mixed ethnicity of Irish, German, and Swedish descent.

Regarding his education, he studied at St. Viator High School and William Fremd High School. He formed his first music band, Lourdes, when he was just 14.

Ted Nugent started his career in Detroit, where he began recruiting new members for the Amboy Dukes. After that, the band signed a contract with Mainstream Records. Then they released their self-titled debut album.

In the next year, they achieved national recognition with the single “Journey to the Center of the Mind,”.

In 1975, Nugent had disassociated himself with the Amboy Dukes. Then he decided to pursue a solo career. Afterward, his first solo music album, Ted Nugent, came out with hit singles like Strangle Hold and Hey Baby.

In 1995, he resumed his solo career with the critically panned album Spirit of the Wild, in which he expressed his deeply held political views, as well as his unique relationship with nature and hunting.

In the mid-year of 2000, Nugent opened 79 sold-out shows on the KISS Farewell Tour. That same year, he distributed a book of articles titled God, Guns, and Rock-N-Roll.

Throughout his career, Nugent has worked on the boards of more than two dozen political and charitable associations.

Nugent has introduced the Fan Favorite Best Host Award at the thirteenth Annual Golden Moose Awards for his reality TV appearance, ‘Spirit of the Wild’.

Ted Nugent: Net Worth and Salary

As per the sources, a musician receives an average salary of around $42k per year.

Ted was accused by two women saying he used to have a physical relationship with them when they were underage.

The names of those women are Pele Massa and Country Love.

But this news was denied by Ted however, he said that he used to have affairs with underage girls.

Talking about his body measurements, Ted Nugent has a height of 6 feet (1.83 m) and his weight is average.

He has an average body with dark brown hair color and blue eye color.

“There’s no limit to what I’d be willing to do to help make this country great.”-outspoken Ted Nugent’s statement, his political verbal vendetta and more!