Who is teddy Bridgewater dating?

Teddy Bridgewater is dating his high school sweetheart Erika Cardona, who is an author.

The two met in the late 2000s when they were freshers in The Northwestern High School and have been together for over 10 years. 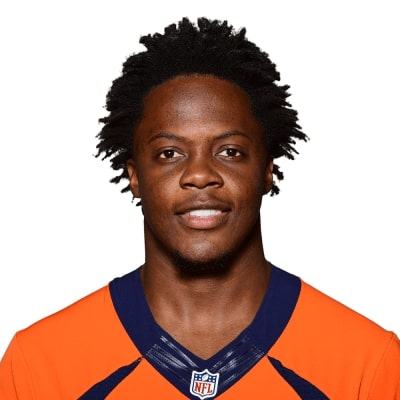 Who is Teddy Bridgewater?

Teddy Bridgewater is an American football quarterback recently signed for the Miami Dolphins of the National Football League (NFL) 2022.

Teddy was drafted in the first round of the 2014 NFL Draft by the team Minnesota Vikings. He played college football at the University of Louisville and is a professional player since 2011.

Teddy was born on November 10, 1992, in Miami, Florida, and is 29 years old. He has a Scorpio zodiac, All-American ethnicity, and Christian religion.

Teddy is the youngest child to a single mother, Rose who is a breast cancer survivor. Further, she has 3 children, making him three siblings but their identities remains masked.

After Teddy’s first official selection in the 2014 draft, Cadillac presented a pink Escalade to Rose eventually after knowing she wanted that since he was in the third grade.

Regarding education, he is a graduate from the University of Louisville with a degree in Sports Administration after the 2013 college football season.

Bridgewater’s career, from signing with 6 teams and passing 14,456 yards and 73 touchdowns in his NFL career till March 2022 is amazing right.

Even after his severe injury, Bridgewater has thrown 43 touchdowns and won 16 games as a starting quarterback.

Teddy was selected by the Minnesota Vikings as the 32nd and final pick of the first round of the draft with a four-year contract worth $6.85 million and a $3.3 million signing bonus.

Likewise, he could have made up to $15 million from a non-guaranteed salary and incentives but couldn’t play after his immediate trading.

Teddy signed a $63 million contract of three-year with the Carolina Panthers on March 26, 2020, and made his debut with the Panthers in Week 1 against the Las Vegas Raiders.

Teddy was traded to the Denver Broncos in exchange for a 2021 sixth-round pick on April 28, 2021. The Panthers eventually replaced him weeks after they acquired Sam Darnold in a trade with the Jets.

Teddy recently has signed a one-year deal worth up to $10 million with the Miami Dolphins, $6.5 million fully guaranteed. Meanwhile, the team wanted to back Tua Tagovailoa on his injury with an experienced quarterback.

The estimated net worth of Footballer Teddy Bridgewater is $9 million.

He has had several million-dollar contracts with six different teams and making money in millions.

Let’s wait a while, till we upload his exact salary detail. Besides, his luxuries, cars, mansions, lifestyle, and wardrobe are under review.

The footballer Teddy has successfully kept himself out of rumors and controversies as he does not mix his personal and professional lives.

Similarly, his arm length of Teddy is 33 inches and has 9 inches handspan.

The other details regarding his weight, chest-waist-hip size, bicep, dress, and shoe size are under update.

Teddy Bridgewater is active on Instagram under the username @teddyb_h2o with 566k followers.