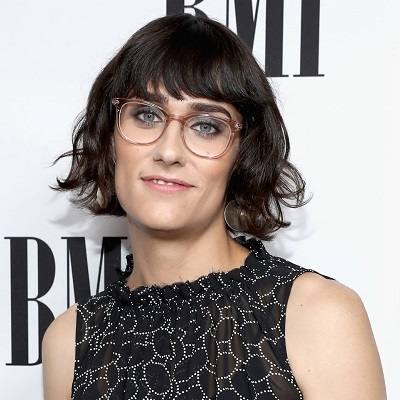 Don't label anything, when you do, it doesn't grow.

Previously, she was engaged to Emily Hampshire. Her ex-fiance, Emily is an Australian actress by profession. The couple started dating in early 2018.

Later, the couple got engaged in November 2018. However, the former couple called off their relationship in June 2019.

Who is Teddy Geiger?

American Teddy Geiger is a Grammy-nominated singer, songwriter, and producer. She is renowned as the songwriter of In My Blood.

Last, in 2020, she contributed soundtracks to the series, Zoey’s Extraordinary Playlist.

Teddy Geiger was born on the 16th of September 1988 to Lorilyn Rizzo-Bridges and John Theodore Geiger, I. She originally hails from Rochester, New York.

Her birth name is John Theodore Geiger. She is of Jewish-South Germanic ethnicity.

Her father, John is an engineer by profession whereas her mother, Lorilyn is a teacher. She has two siblings including a sister, Rachel, and a brother, A. J.

Talking about his educational background, he graduated from the Pittsford Sutherland High School. However, she completed her Junior year from the McQuaid Jesuit High School in her hometown.

She started her musical journey by playing guitar at the age of eight. Also, she enjoyed playing the piano too. Moving forward, she started her professional journey with Columbia Records.

In 2005, she recorded the album, Underage Thinking which was released on the 21st of March 2006. Her debut album became a big hit commercially. Also, the album peaked at the eighth position in the US Billiboard chart. Also, the singles, For You I Will became an instant hit. The song also received a Platinum certification by RIAA too.

Later, in 2013, she launched her second album, The Last Fears via iTunes and Spotify. In the albums, personalities like John Ryan, Theo Katzman, and Larry Campbell were involved.

Last, in 2018, she released the album, LillyAnna under the name, Teddy <3. The album was the debut album after she came out as a trans woman.

Apart from being a singer, Teddy Geiger is also a talented songwriter and producer. As a songwriter, she contributed lyrics to the extended play, A Reminder EP with 4 tracks. Moving forward, she wrote the albums like Midnight Memories and Four for the One direction. Also, she produced those albums too.

As of 2020, the singer-songwriter has an estimated net worth of $3 million. As a singer, she makes in the range of $21k to $208k. Besides that, her average earings as a songwriter range from $43k or above.

Till the date, she has not been involved in any sorts of controversy and scandals that created a buzz in the media. Also, she has managed to stay far from any type of rumors too.

However, she made headlines when she came out as a trans woman in October 2017. At the time, she mentioned that she was going through the identity crisis since her childhood.

Due to this reason, she was going through an anxiety disorder, Obsessive-compulsive disorder. Also, she was addicted to smoking and marijuana.

Teddy Geiger has blue eyes with brunette hair. She stands at a height of 5 feet 11 inches and weighs around 68 kg. Also, her body measurements are 32-23-34 inches.

You may also read the bio of Violett Beane, Dan Brown, and Carlin Bates.