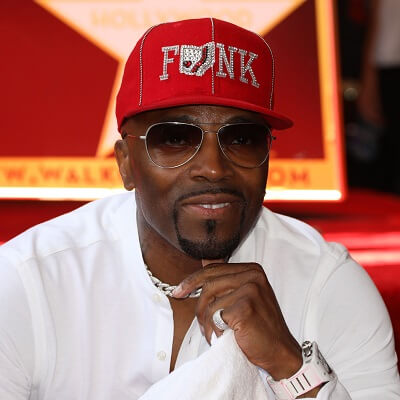 That's the job of the producer: you gotta be the opposite of your artist.

If your artist is shy, you gotta get their ass up – come on now! Scream at 'em – What!? Make 'em scared, get 'em nervous.

Teddy is a married man. He is married to Donna Roberts. Not much is known about his wife‘s professional life. The couple met in Wilson’s Leather Store. The counter led to the producer to pen the classic record, ‘I Want Her’. They eventually started dating and got married in a private ceremony. However, their marriage date has not been made public yet.

From their marriage, the couple has three children, Dejanee(born 1994), Taja(born 1991), and Tiarra(2001). He has five children from his previous relationships, Nia, Samar, Lil Teddy, Dante Horne, and TJ Riley.

He was previously in relationships with Melinda Santiago and Alicia Etheredge.

Who is Teddy Riley?

Teddy Riley is an American musician. He is a singer-songwriter and record producer. He is also the founder of the groups, ‘Guy’ and ‘Blackstreet’.

Teddy Riley was born as Edward Theodore Riley on October 8, 1967, in New York City, New York, US. As of 2020, his age is 52. His mother’s name is Mildred Riley but there is no information about his father. He spent his childhood days in St. Nicholas Houses in Harlem with his brother named Markell Riley.

He was a talent from an early age and began playing instruments in the church at the age of 5. His uncle had a studio in his club, The Rooftop, where he spent most of his time. When he was 14, upstate New York rappers had already started making music to his tracks.

e has not revealed which school or college he attended. There is no information about his educational background. H

Teddy Riley has an estimated net worth of around $3 million. He is a successful record producer and artist. There is no information about his annual salary. On average, a record producer in America earns around $51k per year.

He has a studio space called Future Recording Studios 2 in his house located an hour north of Atlanta.

Riley was introduced to songwriting and record producing after meeting Kool and the Gang member Royal Bayyan. In the mid-80s, he collaborated with Gene Griffin. He formed a trio called Guy which included Aaron Hall and Damion Hall with Riley. The trio had platinum hits. One of his very early work was Deja’s 1988 Virgin LP, We Belong Together.

In the beginning of the 90s, the trio disbanded and he formed another group called Blackstreet. It consisted of Dave Hollister, Chauncey Hannibal, and Levi Little. Their self-titled debut album was a huge hit and went platinum. Another Level, their second album included the superhit, ‘No Diggity’. Following the success, he opened his own ‘Future Recording Studios’ in the mid-’90s.

Over the years, he worked with Michael Jackson, Lady Gaga, Snoop Dogg, and Robin Thicke. Recently, he has stepped into the K-Pop industry. He has worked with Jay Park on his English track, ‘Demon’. He also produced the single, ‘The Boys’ for the Korean group, Girls’ Generation. Moreover, he has worked for their labelmates, EXO, and SHINee.

In 2020, he grabbed the headlines during the Coronavirus outbreak by going live on Instagram and battling with Babyface. It was one of the best ‘Verzus’ battles ever according to many. It was viewed by over half a million people.

Riley stands at a height of 5 feet 6 inches. He weighs around 79 kg. His hair color is black and his eyes are brown in color.

In 2010, Teddy was involved in a hugely controversial subject. Jackson’s friend, Eddie Cascio, and his collaborative partner, James Porte, a singer-songwriter and engineer claimed that Jackson secretly co-wrote and recorded 12 songs which are now infamously called the ‘Cascio tracks, in Cascio’s New Jersey basement in 2007.

The tracks were completely unknown until after eleven months of his death, in May 2010. A few months later, Riley, who was close to Jackson and was called the ‘Finisher’ by Michael regarding his music was asked to produce a number of tracks that Sony was going to release. He worked tirelessly in L.A. for three months. However, Riley and the family of Jackson raised their concerns over the authenticity of these tracks. Other than Cascio and Porte, no one believed that really was Michael’s voice. An investigation was also launched and concluded saying those tracks should not be released.

However, despite everything, Riley kept working in the tracks. The tracks were released by Sony and the Jackson fandom went to a complete meltdown. Fans criticized Riley on Twitter extensively.

Fight with his daughters

In 2010, Riley reportedly beat down two of his daughters, Tasha and Taja after they became extremely disrespectful towards him. The incident led to both sides calling the police. According to him, he asked his daughters twice to get out of his house and the third time, he collared her. After that, she came swinging at her which led to him pushing her face up against the wall.

While doing so, his other daughter also started punching him and he had to snatch her, too. After they got back up and started punching again, he grabbed his guitar and warned them to get out. Their daughters secured a restraining order against him.

You may also like to read the Bio, Career, Net Worth, Body Measurements, and more about Korey Bosworth, Jessie Mueller, Drew Gehling, and more.