Razorob was the 2018 and 2020 candidates of New York's 21st Congressional District election. 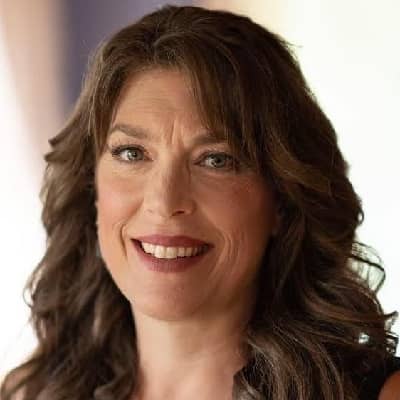 Tedra Cobb is currently having a happy conjugal life with her husband and children. She is a married woman and mother of two children. Her husband named Scott Shipley is a businessman.

Scott owns an electrical company designing and installing solar electric systems. The couple exchange vows on May 12, 1990, in a field on the organic farm where Scott worked and lived. Together the couple is also the proud parents of two children.

Who is Tedra Cobb?

Tedra Cobb is an American politician, consultant, educator, and congressional candidate. She was the 2018 and 2020 candidates of New York’s 21st Congressional District election.

Tedra was born on September 18, 1967, in Canton, New York as Tedra Lynne Cobb. The politician holds an American nationality and belongs to the Caucasian ethnicity.

The name of Tedra’s parents is Theodore Charles Cobb (Father) and mother Barbara Ann Cobb (Mother). Her father was a school teacher by profession. She has one biological older brother and 9 adopted siblings.

Moving towards her academics, she attended the Fairport Central Schools. She completed her Bachelor’s degree in the year 1989 from the State University of New York at Potsdam majoring in Spanish and Sociology.

In the same Univerity, she completed her MSEd in Instructional Technology and graduates in 2003.

Earlier, Tedra worked in different services like waitressing, clerk, groundskeeping, and so on before took a job as a Spanish-language corrections counselor at Riverview Correctional Facility.

She served three years as a counselor and joined North Country AIDS Outreach, where she participated in educational and AIDS screening programs in rural areas. In 1999, she hired as an executive director at St. Lawrence Country Health Initiative, a non-profit community health coalition, and served until 2003.

Similarly, she was elected to the St.Lawrence Country legislature where she served as a legislator from 2002 to 2010. After leaving the country legislature, she started serving as an instructor and even taught classes to international students in ESL and international management at SUNT Potsdam and Clarkson University. Later, she also left teaching in the year 2015.

In 2018, she elected In the United States House of Representatives elections in New York Districts 21. In the general election, she was against Elise Stefanik, Lynn Kahn where she loses the election by receiving 42.4% of the vote against Elise (56.1%).

Likely, she loses again in the 2020 United States House of Representatives elections with Elise by 17.66% of the vote.

To date, Cobb has managed to maintain his clean profile in the media. She has not been part of any sorts of rumors and disputes that create a huge buzz in the media.

Cobb has accumulated a huge amount of money from her career as her net worth will be surely in millions. To date, she has achieved great heights in her career life. Currently, she is living a luxurious life.

However, she hasn’t yet revealed her actual amount of net worth, salary, yearly income, and real estate in the media which is still under review.

Cobb always keeps herself groomed. She has got a great height with average weight. However, her exact measurement of her height and weight still under review. She has dark brown hair color with brown pair of eyes.

Likely, she has more than 3k followers on her Instagram account. She is active on Facebook with an amassed of nearly 13.3k followers and more than 12.9k likes.