Teen Mom Kailyn Lowry baffled on learning that her ex-boyfriend Jo Rivera is demanding $ 1000 per month as child support! 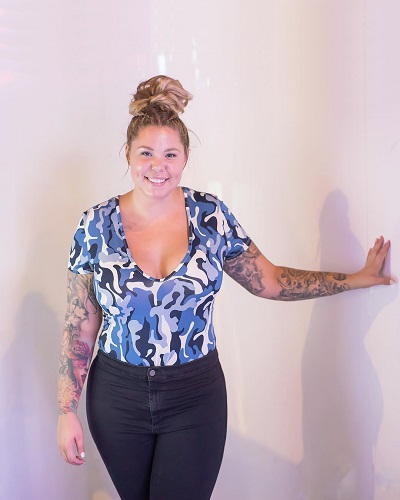 The reality TV star, Kailyn Lowry who is a teen mom got a shock of her life! She learned that her ex- Jo Rivera has filed for $ 1000 per month as child support for their son, Isaac who is now 9 years of age.

TV star Kailyn Lowry’s ex-boyfriend Jo Rivera has filed papers in the court where he has asked the mother-of-three to pay him $ 1k as child support for their son Isaac, 9. Kailyn, 26 came to know of this from a text that was mailed from her attorney.  She told her friend Becky:

“So, yesterday I was picking up Lincoln from school and I got a text from my attorney who says … let me read it to you, because my jaw hit the floor, honestly,”

“I should let you know Mr. Rivera thinks … he can get over $1,000 a month from you. He is requesting your financial information and is moving forward on this. You should probably schedule a time to see me ASAP. His new attorney is quite insistent on his client’s rights and your obligation to pay.”

Kailyn was, of course, angry with this demand from her ex and she told Becky:

“Never once did he mention to me that he was in any type of situation where he needed financial support or that he was even considering filing for child support.”

Kailyn vented out her anger and frustration. She said further:

‘I hope that Jo asks me for something so I can tell him, “Go f*** off. Do not come here and act like you’re my friend and hang out for a couple of minutes, don’t hold my son, don’t do anything if you’re going to be sneaky and go behind my back.”‘

Kailyn was confused with his demand and revealed that Jo used to pay her a meager $ 475 per month when Isaac was 8 months old. But she ultimately dropped the idea of taking the child support from him. Kailyn further disclosed:

‘I even told him a while ago I would drop it, I just never got around to it. He was always the one to preach to me about talking things out,’

Kailyn Lowry and her relationships and children

The couple shares a son named Lincoln who is now 5 having been born on 16 November 2013. In December 2015, Kailyn filed for divorce from Javi. They used to have regular fights and Kailyn also suffered a miscarriage in between. Javi blamed her for it and this blaming led to more fights between them.

Kailyn then was linked romantically with Chris Lopez. She became pregnant with his child and delivered Lux who is now 1 year of age (Birth date 5 August 2017).

Kailyn Lowry is an American actress and MTV reality personality who was selected to be on Teen Mom 2 after previously starring in 16 & Pregnant. She also released a book called “love is Bubblegum”. More Bio…