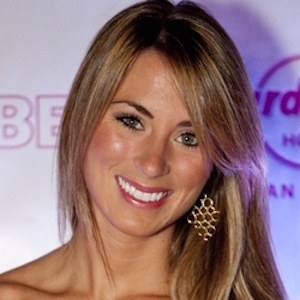 Reflecting on the personal life of Tenley Molzahn, she is in a romantic relationship with Kiptyn Locke. The couple started dating since August 2010 and they are still together.

Previously, she was in a romantic relationship with Jake Pavelka in 2010. She was also married to Ryan Natividad but their married relationship couldn’t last for long. There isn’t any information about her being in other relationships that we know of.

Who is Tenley Molzahn?

Bold and beautiful Tenley Molzahn is an American renowned television personality as well as a health coach.

She is best known for her appearances in ABC’s The Bachelor season fourteen, Bachelor Pad season one, and Bachelor in Paradise season two. She is also a professional dancer who has danced and performed at Disney.

Tenley Molzahn was born in Littleton, Colorado on 19 May 1984. She is of North American ethnicity and has an American nationality.

The daughter of Beth Molzahn. Her birth name is Tenley Nora Molzahn. She has a sister named Karley Styles.

There is no information on Tenley’s educational background.

Talking about the career journey of Tenley Molzahn, she started out her career as a dancer. She relocated to Los Angeles to audition for Walt Disney Productions in 2002.

She danced and performed at Disney for the next six years. She took the main role of Ariel in Tokyo Disney’s ‘Under the Sea’ tour for nine months. Then she appeared as a cast member on ABC’s reality shows The Bachelor series which first aired on January 4, 2010.

In the show, she competed with other twenty-four other women for the affection of pilot Jake Pavelka but she was eliminated by Pavelka at last.

After onwards, she joined the cast of ABC Dating-based competition reality television show Bachelor Pad in which former contestants from The Bachelor and The Bachelorette compete and play games for a chance at a $250,000 cash prize. Molzahn is also a certified health coach and she runs her own health and wellness network called Tenley’s Sweet and Free Life.

Tenley Molzahn: Salary and Net Worth

She is rumored to be joining Ben Higgins’ season of The Bachelor and she suffered a controversy she revealed she and Ben Higgins have a very special relationship.


Tenley has a height of 5 feet 5 inches. Her body weighs 52kg. She has brown hair and hazel eyes. Furthermore, there are no details regarding her body measurements.

Jake Pavelka is not just known as pilot and reality television star but he is also known for his relationship affairs and break-up..!!